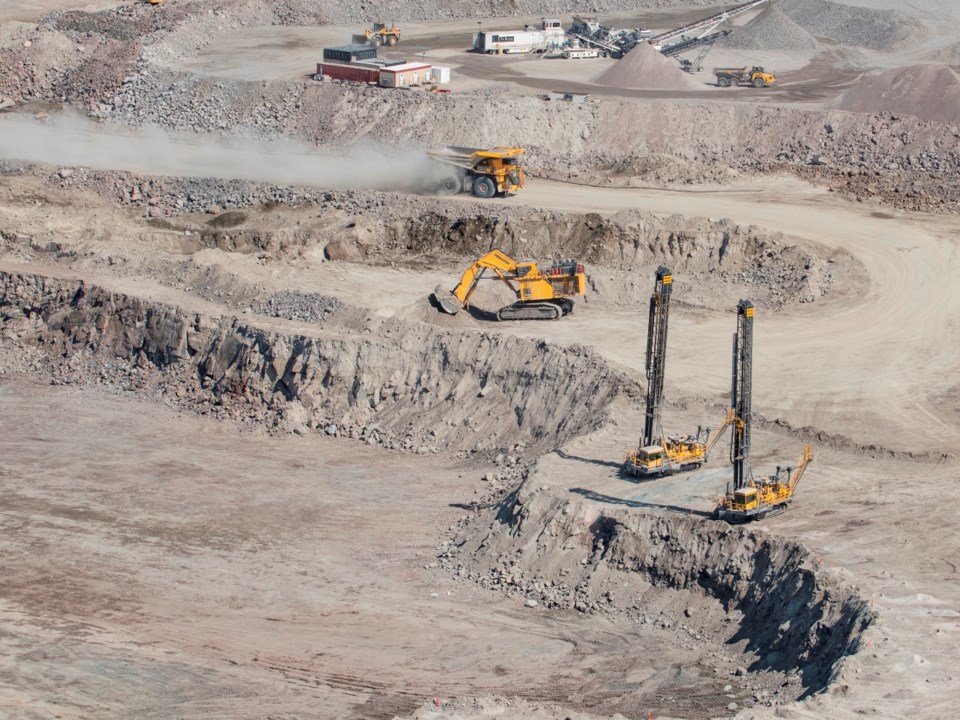 Highlights of the new discovery revealed in a news release on August 13, 2019:

TORONTO and NEW YORK, June 11, 2019 /CNW/ - Mountain Province Diamonds Inc. announces the discovery of a new kimberlite at its Gahcho Kué Joint Venture (GKJV) leases. The Wilson kimberlite is located roughly 200 meters east of the Tuzo kimberlite and was discovered during drill testing of geophysical and geological anomalies in the area, said a company release.

Preliminary cross-sectional image of the Wilson kimberlite in green, looking east from Tuzo. Drill traces are as black lines. Lake surface and bottom sediments are outlined in brown. The proposed open pit profile for the Tuzo kimberlite is in gray. Elevations are in meters above sea level. Not all drill traces are shown. (CNW Group/Mountain Province Diamonds Inc.)

President and CEO of Mountain Province Stuart Brown commented: "This very positive development, the discovery of the Wilson kimberlite, is a result of the combined efforts between Mountain Province and De Beers Canada, who are operators of the Gahcho Kué JV. The discovery of Wilson demonstrates the high exploration potential of the Gahcho Kué JV area, and after a 20-year discovery hiatus, it confirms that we are on track for discovering new kimberlites in this region. This discovery also heightens our focus on the potential for more discoveries in the corridor between the Gahcho Kué JV and the Kelvin-Faraday kimberlites."

The location of the Wilson kimberlite relative to other kimberlites in the Gahcho Kué mine plan is provided in the image below. Detailed images and other data that follow are also available on the company website at www.mountainprovince.com.

The Wilson kimberlite was discovered during an exploration drilling program that was designed to conduct drill-testing of geophysical and historical drilling anomalies in the area surrounding the Gahcho Kué kimberlites. The discovery drillhole MPV-19-496C intersected tuffisitic kimberlite beneath 18 meters of lake water and bottom sediments to roughly 137 meters, and hypabyssal kimberlite from 152 to 207 meters. These divisions are preliminary; detailed logging of the core that is currently underway is expected to identify more complex internal lithologies.

Sudbury miners who attended PDAC working from home, say companies
Mar 13, 2020 7:00 PM
Comments
We welcome your feedback and encourage you to share your thoughts. We ask that you be respectful of others and their points of view, refrain from personal attacks and stay on topic. To learn about our commenting policies and how we moderate, please read our Community Guidelines.