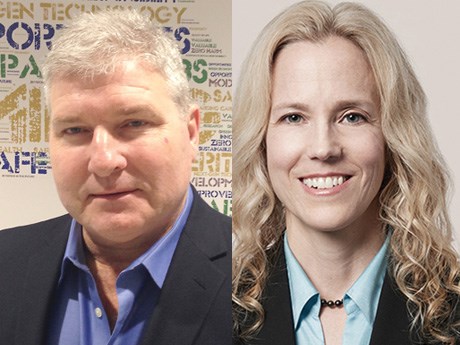 While Ontario’s new agreements to share mining taxes and royalties with First Nations has been hailed as a step to healing and reconciliation with Indigenous communities, the financial benefits will depend on the profitability of active mines.

Under three separate agreements, Ontario has committed to pay 24 First Nations 40 per cent of mine taxes and royalties collected from 17 operating mines across Northern Ontario. For new mines that go into production in territories covered by these agreements the revenue allocation will be 45 per cent.

Sharing the wealth generated through resource development has been among the primary goals of First Nations leadership for decades, Stephanie LaBelle, mineral development adviser with the Wabun Tribal Council commented in reply to questions from Sudbury Mining Solutions Journal. “Our communities have been at the margins of mineral resource development for the last hundred years, so resource revenue sharing is an important milestone in changing that,” wrote LaBelle, who helped negotiate the revenue sharing pact.

The Wabun Tribal Council represents First Nations in an area of intensive mineral exploration and development that includes the Timmins and Kirkland Lake gold camps. Its agreement with Ontario will provide the Matachewan, Mattagami, Flying Post and Wahgoshig First Nations with a share of revenues from 13 different mines in the Kirkland Lake, Matachewan, Matheson, Timmins and Detour Lake areas.

Just how much money might flow from these mines to First Nations is difficult to predict. “We do not know, with certainty, the value of the agreement,” said LaBelle. The Ministry of Energy, Northern Development and Mines did not reply to a request for this information.

In 2016-17, Ontario’s mining royalty tax was $37 million and $42 million the year before, said Ontario Mining Association president Chris Hodgson, who served as Ontario’s mines minister in the mid- to-late 90s. “It’s a profit based tax. I think the record was $231 million back in 2007,” he said in an interview. “It really fluctuates, depending on the profitability of the mines.” Mining tax revenues plunged to a low of about $12 million in 2013-14. These taxes accrued from all Ontario’s mines.

Only 17 of 38 operating mines are covered by the new agreements with First Nations.

Hodgson predicts the revenue sharing will encourage more mineral exploration and mining. “We advocated for revenue sharing for a long time to try to align the interests between local communities and the Indigenous communities and the mining community,” he said. “It aligns interests even further. You get paid when you have an actual mine in production.”

Sharing Ontario’s mining taxes will not replace the Impact Benefit Agreements between mining companies and First Nations, Hodgson said. “We have well over 40 of those.”

Goldcorp Inc., with gold mines in Timmins and Red Lake as well as the Musselwhite mine in northwestern Ontario, paid seven Ontario First Nations more than US$3.2 million in royalties and fees in 2017. Kirkland Lake Gold Inc. and St. Andrew Goldfields Ltd. paid the Matachewan First Nation and Wahgoshig First Nation C$880,000 in production royalties.

Lawyer Tracy Pratt, a partner with Fasken Martineau DuMoulin LLP, said mining companies that have agreements with First Nations covered by Ontario’s revenue sharing would still be obliged to fulfill their contractual commitments. “It will be over and above what the government is going to give them,” said Pratt, whose law firm has represented exploration and mining companies in countless negotiated agreements with First Nations. She expects contractual commitments will also apply to new mines. “First Nations will continue to expect that companies will still pay over and above what the government is paying.”

It’s hard to say, with any certainty, how the resource revenue sharing agreements will change the dynamics of negotiations between mining companies and First Nations, she said. “I think it’s safe to say that, from the First Nations perspective, they consider that the government kicking in is over and above what the mining company should be contributing,” Pratt said.

Annual revenue sharing payments are expected to start by the end of 2019. First Nations will be required to report how the money is spent before receiving subsequent payments.

It’s uncertain how the newly elected Progressive Conservative government will handle revenue sharing with First Nations. The Conservative election platform promised to share about $30 million in mining royalty taxes with Indigenous communities and municipalities, Hodgson noted. “They might bring in their own program,” he said.

Pratt expects the new provincial government will honour the revenue-sharing agreements of the previous Liberal government. But it’s her understanding that Premier Doug Ford wants to introduce the concept of revenue sharing with not only Aboriginal communities, but also non-Aboriginal communities in Northern Ontario. “That suggests to me that going forward, the resource revenue agreements with other Aboriginal groups may not be as generous, potentially, if he wants to share those revenues more broadly.”