Both the wind and the tides are in our favour

The fall of the Canadian dollar will have a positive effect on Canada’s mining supply and service sector and on domestic mining. When the dollar goes down, Canadian mines and Canadian suppliers do better.
Feb 13, 2014 3:32 PM By: Sudbury Mining Solutions Journal 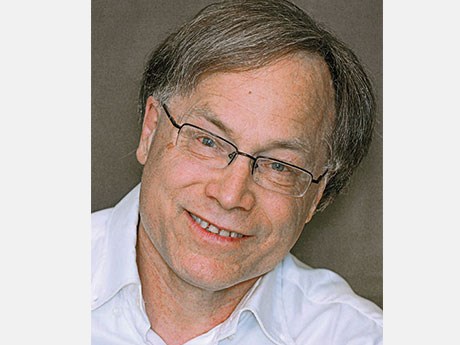 The fall of the Canadian dollar will have a positive effect on Canada’s mining supply and service sector and on domestic mining.

When the dollar goes down, Canadian mines and Canadian suppliers do better.

The big question is where the loonie will land. Quite a few economists expect the dollar to fall to around 84 cents U.S. The worldwide mining machinery market is forecast to expand 8.6 per cent per year through 2017, so both the wind and the tides are with the mining supply sector in Northern Ontario over the next few years.

The value of the Canadian dollar drifted downward for 40 years as commodity prices dropped worldwide.

A nation that had lived by exporting resources increasingly depended on manufactured goods. The 21st century brought a new world order and with it, a super-cycle in resource prices.

The low loonie was very good for mining supply and service companies in Northern Ontario. It gave unknown producers a chance to establish themselves in international markets and ride the super-cycle up. The high that followed hurt the mining supply sector less than other industries because resource prices were even higher.

Problems really started with the financial crisis of 2007 when resource prices fell but the loonie stayed up.

It stayed up for reasons that had almost nothing to do with Canadian producers. The U.S. dollar had been seriously overvalued. The Canadian economy looked solid and Canadian banks looked less incompetent than U.S. or European banks.

Foreign capital was flowing in to grab Canadian resource companies. Oil revenues pushed up the dollar too. All these accidents lifted the loonie too high and kept it there.

A bit like that old Greek Icarus, the loonie flew too near the sun and many manufacturers were scorched. The highflying dollar had a brutal impact on Canadian manufacturing exports. Some economic analysts blamed the victim, claiming that manufacturers had been hiding behind the low exchange rate.

The truth is that the loonie had been caught in an updraft and flew too high. So what now?

PPP is a very simple idea. If you have a U.S. dollar, it should buy roughly the same thing wherever you go. PPP is behind the Economist Magazine’s Big Mac index. Big Macs are the same in Chicago and Toronto so, if it takes more U.S. dollars to buy one in Toronto, then the Canadian dollar will probably fall.

It does take more to buy a Big Mac in Toronto, so the Economist expects the loonie to keep gliding down.

Just as important, the loonie should keep falling relative to both customers and competitors. Competitors in the U.S., Europe and even India and China can expect rising exchange rates. Reviving Europe, for example, will suck up more investment, raising the Euro relative to the loonie and making it easier to compete with the Swedes.

The Chinese Renminbi should continue to track the rising U.S. dollar, making Canadian suppliers a bit more competitive even in Chinese markets.

The challenge for suppliers is that they have to make crucial decisions based on something only loosely connected to the real world. Scooptrams weighing 44 tonnes are very real.

Blasting and moving rock is as real as it gets. But between the reality of producing equipment and the actual mines, suppliers are at the mercy of fluctuation driven by investor moods, national policies and the wild gyrations of semi- criminal financial organizations.

No one really knows where the dollar is going to land or how long it will take, but the best bet by far is that it is homing in on 84 cents. If that’s true, suppliers here will have a unique opportunity to expand market share internationally and at home.