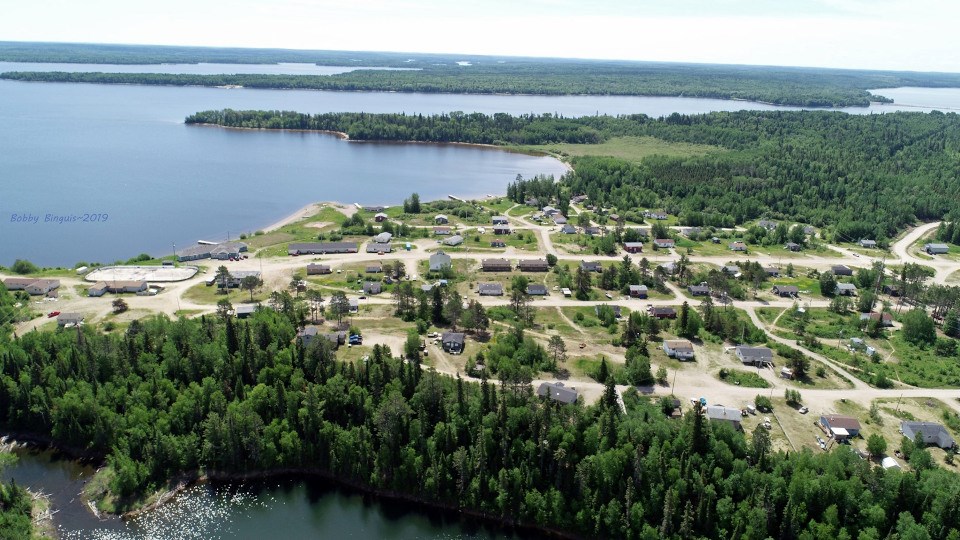 A resurgence in mining and exploration in northwestern Ontario has spurred a new skills training partnership to increase First Nation participation in regional mining projects.

The Sioux Lookout Friendship Accord has teamed up with Northern College, its Haileybury School of Mines, eight mining companies and suppliers with other organizations to establish a proposed Sioux Lookout Mining Centre of Excellence.

Eager to get to work on this project is Jake Dockstator, the new executive director of the Sioux Lookout Friendship Accord Economic Development Corporation.

Dockstator calls the training centre and partnership an "excellent opportunity" to increase the involve of Indigenous people in the industry.

The fledgling corporation sprang from the Friendship Accord, signed in 2012, which originally involved the municipality of Sioux Lookout and Lac Seul and Slate Falls First Nations. The alliance expanded to include Cat Lake First Nation and Kitchenuhmaykoosib Inninuwug.

The agreement has no legally binding obligations. The principle-based relationship agreement is built on recognition, respect, open lines of communication, and a commitment to work together. The purpose was to increase First Nation participation in the regional economy and create economically sustainable communities built around forestry, mining, energy, transportation and tourism activity in the area.

Progressive communities like Lac Seul have benefitted by economic spinoffs from these sectors and have reciprocated by investing in retail franchising opportunities in nearby Sioux Lookout, roughly 40 kilometres away.

Sioux Lookout, and its busy airport, serves as a logistics, administrative, educational, and health-care service hub for more than 30 Far North remote communities.

The Sioux Lookout Friendship Accord Economic Development Corporation was incorporated last year, but hadn't been fully activated until this program came up with Northern College, said Dockstator. The accord signatories are all equity owners in the corporation.

In a joint Northern College-Sioux Lookout Friendship Accord news release, Lac Seul Chief Clifford Bull called the training partnership "a long time in the making and there is more to come."

"This is our first project – and one that we're very excited about – and hopefully one of amongst many," added Dockstator. There are an estimated 12,000 jobs to be filled in this regional sector over the next three years, he said.

First intakes will be announced in the coming weeks with a start date expected this fall, according to a Northern College spokesperson.

Delivery of the common core training programs will take place at partnering mine sites, said Kyle Jennings, with other programs occurring within the communities, including Sioux Lookout.

"Our goal for this year is to get 146 students through the program," added Dockstator. "All these courses include a practical component. We're working closely with all the mines to place them."

He mentioned they're also looking for a location for student accommodations.

Dockstator, a member of the Oneida Nation of the Thames in southwestern Ontario, is the corporation's inaugural executive director.

He is a graduate of Osgoode Hall Law School, holds a master's of business administration from the Degroote School of Business at McMaster University, and an honours bachelor of arts degree in Indigenous studies from Trent University.

Prior to this job, he worked as vice-president of business development with a Toronto-based private debt fund, opening an office for them in Winnipeg, and had worked with First Nations on economic development projects in that province.

Dockstator said he was introduced to the Sioux Lookout area and its various movers and shakers through a real estate developer looking to do work in northwestern Ontario.

"When they mentioned they were looking for someone to take on this role (with the corporation) I thought it was just an excellent opportunity, and I was really excited to build this organization from the ground up."

As to what the corporation will look like from a structural standpoint, and what areas of interest they'll want to delve into, Dockstator said, being fairly new, he'll be taking direction and share his ideas with the chiefs at an upcoming strategy session.

Provincial lockdown restrictions have prevented him from relocating from Winnipeg to the Sioux Lookout area, but he sees opportunities to capitalize on what's happening in the resource sector based on his experience working with First Nation groups.

One of the biggest projects on the horizon is Treasury Metals' massive Goliath gold mine complex, 20 kilometres east of Dryden.

With a proposed 13-year mine life, which only looks to grow through more discoveries, the three-deposit, open-pit and undermine mine project is district-scale sized on a 330-square-kilometre land package. The 65-kilometre gold strike length runs from the village of Wabigoon in the southwest almost to the outskirts of Sioux Lookout in the northeast.

Dockstator anticipates contract opportunities coming out an operation like this in rock hauling, environmental monitoring, and camp services that, hopefully, Indigenous-owned companies will be able to competitively bid on.

"I want to be there to ensure that we can engage at every level and be there throughout the life of the mine," he said.

On Treasury's stated to-do list for 2021 is to start negotiating impact benefit agreements (IBAs) with communities in the Treaty 3 area.

Negotiating IBAs, exploration agreements and memoranda of understanding are not within the economic development corporation's mandate, Dockstator said, as his job will be to go out and chase new business opportunities.

But the study of IBAs was an area of focus for him in law school, an interest he mentioned to his new bosses.

"I want to be there as a resource for them, certainly, if they ever want to lean on me to assist in negotiations."