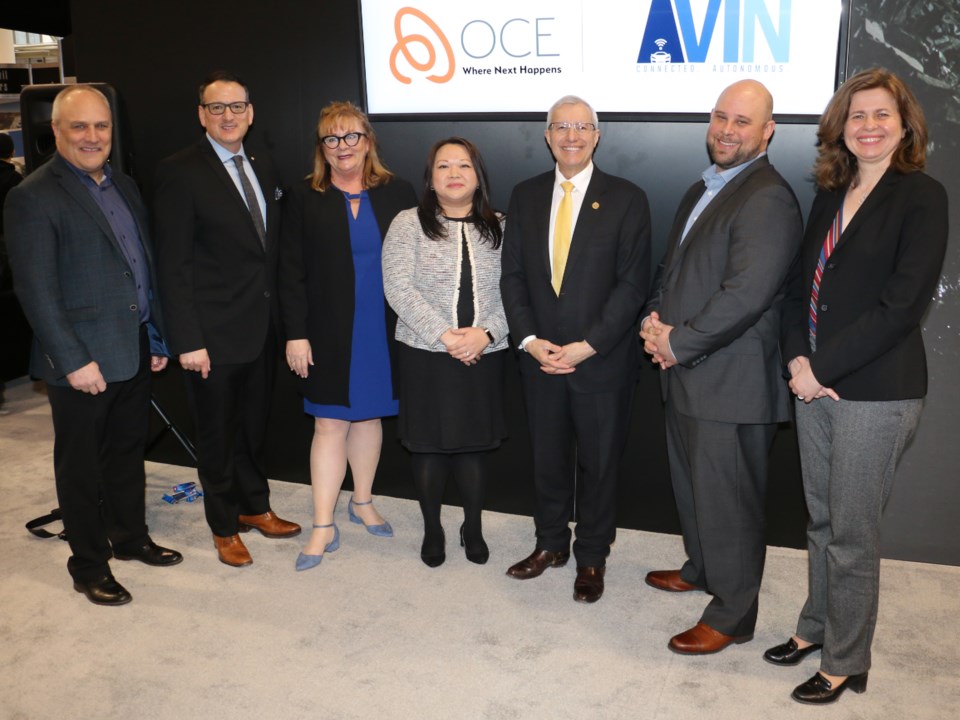 The Ontario government has invested $900,000 in a Sudbury based company to support the development of a new Amazon-type mining supply and inventory system that uses “smart” containers.

The announcement was made Tuesday at the annual convention of the Prospectors and Developers Association of Canada held in Toronto.

“There is a lot of buzz around this morning’s announcement about the funding to support the advancement of innovative technology creating opportunities to transform how we mine,” said Patricia Mills, Vice President Business Development for SHYFTinc.

“I’m going to say that again. It’s going to transform how we mine and provide a lot of high tech jobs”

“Mining is vital to Ontario’s economy and certainly to our nation. The materials that the men and women of our mining sector pull out of the earth are literally the foundation that our lives are built on,” said Fedeli.

He noted that directly and indirectly, mining in Ontario, supports roughly 75,000 jobs. But just as important is the spinoff it creates for so many other sectors of the economy.

Fedeli said the many “incredible advances” discovered by mining related firms in Ontario usually find markets around the world.

“That’s why we are extremely proud to announce the Ontario Government is making a new investment in Sudbury-based mining technology developer and distributor, SHYFT,” said Fedeli.

“The funding will assist SHYFT in developing new technology that will make freight delivery to open pit and underground mines safer and more efficient.”

Fedeli said it was the sort of investment that opens the door to new opportunities and new businesses.

Claudia Krywiak, President and CEO of the Ontario Centres of Excellence said she was pleased to be associated with “a made-in-Ontario innovation” for the mining industry. She said the funding was in part associated with AVIN, the Autonomous Vehicle Innovation Network based in Ontario.

She said it was a leader in transformative automotive and mobility technology.

“SHYFT’s autonomous freight management solution not only enhances the movement of goods and improves safety in the mining sector but it has the potential to fundamentally transform the industry itself,” said Krywiak.

She said it was the kind of new technology that would drive job creation across Ontario.

“It is precisely this type of leading edge effort that will ensure Ontario’s home grown companies remain competitive and successfully launch their products into the global marketplace,” she added.

SHYFTinc president Tyler Samson said the new SmartCube™ would be used to track things such as mining tools, explosives and vehicle parts to a mine and throughout a mine to make operations safer and more efficient.

Founding SHYFT president Trang Tran-Valade, who is now the new president of FORTAI; a new related company focused on optimizing the mining value chain through advanced automation, said a lot of work went into the design and testing required to bring the SmartCube™ from the idea stage to reality.

“The funding received from the Ontario government is a significant step forward in the execution of our large overall $12 million project,” she said.

As the event wrapped up Mills remarked the funding was a landmark of sorts in that SHYFT is the first and only Northern Ontario mining related firm to have received OCE funding.