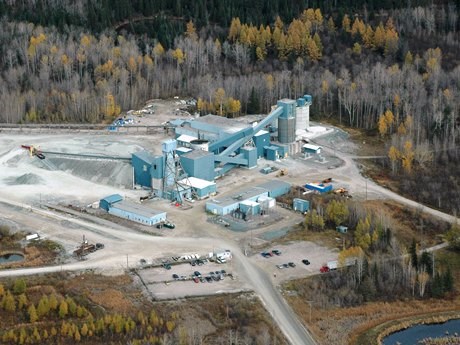 McEwen Mining (TSX: MUX) said this week it is pleased to report rich gold assay results from its Black Fox Mine near Timmins, Ontario, Canada.

Drilling in the Western Flank area was designed to assess the economic potential of several Quartz-Carbonate stockwork vein systems occurring adjacent to the western extents of historic mining blocks within the 335-355 m Level, and to follow-up on an isolated historical high-grade hit of 3,884 g/t Au over 0.4 m (124.9 opt Au over 1.3 ft.) core length (CL). Significant intercepts of high-grade gold mineralization include (see Table 1):

Drilling in the Central Mine area occurred from a staging point within the centrally-located 740 m Level development (see Figure 1). This campaign was initiated in order to increase confidence in the dimensions and continuity of gold mineralization, associated with the complex network of veining interpreted as the down-plunge extension of the High-Quartz vein, between the 640-700 m Level. Several encouraging intercepts were reported, including:

The first phase of the exploration tunnel on the 810 m Level of the Mine is now complete, and is providing a suitable drilling platform to target the deposit at depth, below existing development at the 820 m Level. Several encouraging intercepts have been returned from seven drill holes completed including high-grade results:

Additional step-out drilling in the Deep Central Ore Zone is planned for the second quarter, said the company release.

Conference held to study deep mining innovations
Dec 3, 2019 12:01 PM
Comments
We welcome your feedback and encourage you to share your thoughts on this story. We ask that you be respectful of others and their points of view, refrain from personal attacks and stay on topic. To learn about our commenting policies and how we moderate, please read our Community Guidelines.