By LEN GILLIS With the mining environment in Canada changing on a regular basis, an innovative new way to bring mine rescuers to the job is taking place at a couple of Northern Ontario gold mines.
Apr 26, 2019 3:53 PM By: Len Gilllis 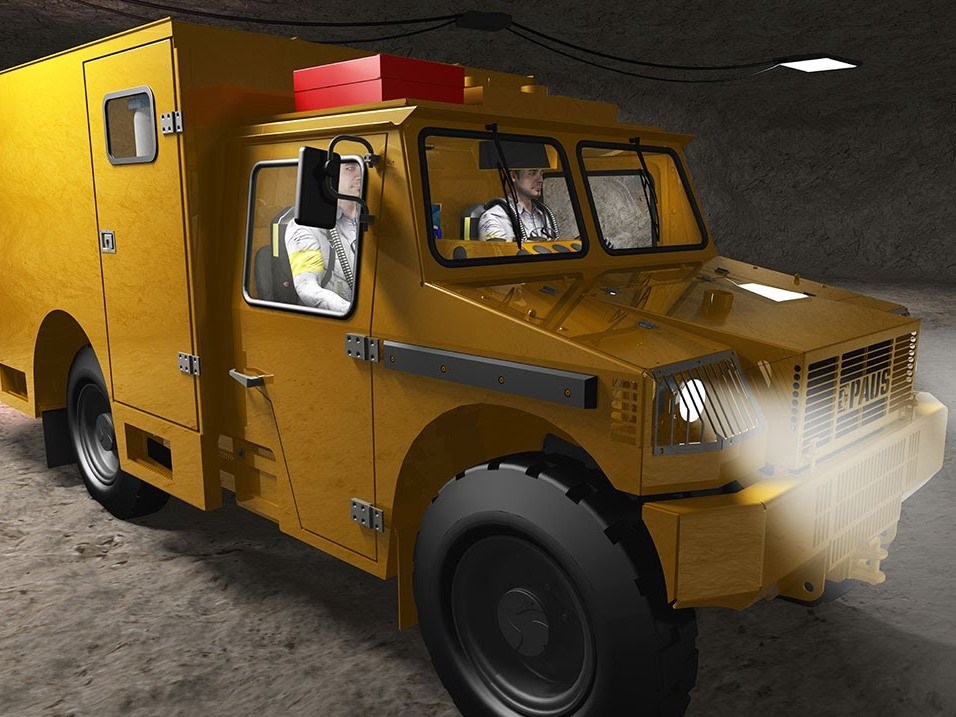 The new Dräger MRV9000 rescue truck has its own self contained fresh air supply to allow mine rescuers to travel further and stay underground longer. (Photo supplied)

With the mining environment in Canada changing on a regular basis, an innovative new way to bring mine rescuers to the job is taking place at a couple of Northern Ontario gold mines.

The change was the creation of the Dräger MRV9000, a new self-contained mine rescue vehicle that allows rescuers to drive to deeper and to more remote areas of an underground mine without endangering the rescuers themselves.

Details of the vehicle were outlined in Sudbury at the Workplace Safety North conference by Kent Armstrong, the Global Business Development Manager for the Dräger company.

He told the conference that the idea for a specialty vehicle began after the company was approached by Goldcorp Canada, which has the Musselwhite Mine operating in Northwestern Ontario and the Hoyle Pond Mine operating in the Porcupine camp.

While many mines already have vehicles dedicated to transporting the rescuers, the new Dräger vehicle is sealed and self contained with its own air supply. It means the mine rescuers do not have to waste their individual air supply while traveling to the scene of any incident. This is especially important when proceeding through any area of poison mine gas, smoke or CO from a fire.

The new vehicle is a four-wheel drive truck built by Paus Maschinenfabrik of Germany. The vehicle cab has room for two people and has its own positive pressure air supply. The cargo area in the rear has seats for seven mine rescuers as well as room for a stretcher and patient. It too is equipped with its own fresh air supply.

The seats also have enough room to allow the rescuers to wear their breathing apparatus so they will be ready to act, under oxygen, once they leave the truck. The vehicle is also air conditioned, which means it can filter humidity and keep the mine rescuers from becoming overheated during their travel time.

The vehicle is also equipped with gas monitors that can test the mine air for any contaminants as the vehicle moves along. The truck comes equipped with front and rear thermal imaging cameras, as well.

“Dräger listened carefully to the needs of Goldcorp in the design for their requirements and we were able to mutually come to an agreement on a vehicle that could be used for mine rescue,” said Armstrong.

He said the vehicle can be used to bring rescued miners to back to surface or to a fresh air refuge station underground. Either way, he said, it presents the rescuers with more options.

Currently the vehicle is diesel powered. But in the future, a battery electric vehicle might be developed if there is a demand.

When asked if a diesel engine might be hindered by a lack of oxygen in an underground fire, Armstrong said that was considered in the design. He said a risk analysis was carried out and it was determined that in most mine fires the oxygen in the air rarely fell below 16 per cent, which leaves enough to support combustion in a diesel engine.