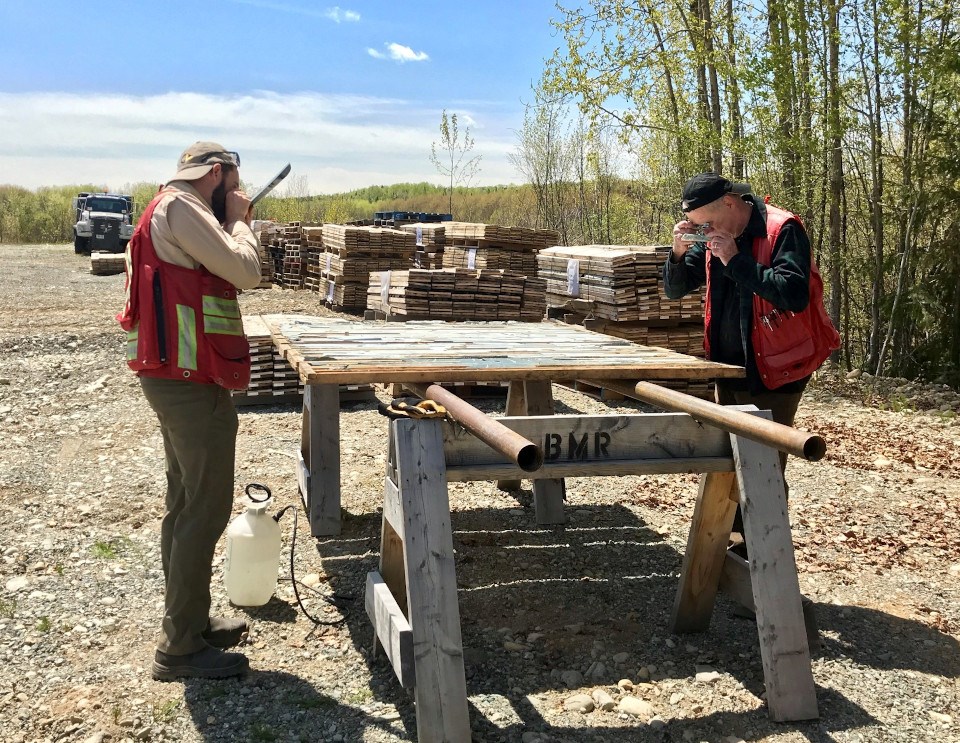 The bull market for silver and gold continues to spark exploration in the Kirkland Lake and Timiskaming area.

The B.C.-based explorer is 18,000 metres into a 50,000-metre drill program at its Robinson Zone Project, 30 kilometres south of Alamos Gold's Young-Davidson Mine.

A Dec. 29 news release said the vein was intersected within 60 metres of their original discovery vein found in 2011. One particularly rich drill hole yielded 40,944 grams per tonne of silver over a core length of 0.45 metres.

Gowganda was a once thriving silver camp, beginning at the turn of the last century.

"This is the type of stellar mineralization we are looking for and to find it so close to the original Robinson vein is very encouraging," said company president Matt Halliday in a news release.

Last May, the company released a first-time resource estimate of the Robinson Zone, calculating an average silver grade of 8,582 grams per tonne (250 ounces per ton) in a combined 27,400 tonnes of material for a total of 7.56 million inferred ounces of silver.

Up north, the early returns coming from Kirkland Lake Gold's massive 250,000-metre exploration program should add some longevity to the life of the Detour Lake open-pit mine on the Quebec border.

The mid-tier gold miner reported wide, high-grade gold intercepts from drilling at its Saddle Zone, an underexplored chunk of ground between the Main Pit and the West Pit. The company wants to update Detour Lake's gold reserve which will be fed into a new production plan.

On Dec.23, Kirkland Lake Gold president-CEO Tony Makuch said this is evidence that a "much larger and higher-grade deposit exists around the Main Pit and West Pit locations at Detour Lake Mine than is currently included in mineral reserves."

When the program wraps up later this year, Makuch expects to deliver news of a larger gold reserve, increased production levels, and possibly plans for an underground mining operation.

"We are still relatively early in our 250,000-metre drill program and expect 2021 to be a very important year for establishing the full potential of the Detour Lake Mine," he said.

Across the Kirkland Lake-Temiskaming landscape, a slew of junior miners were successful in raising exploration money through flow-through share offerings within the last month.

Their West Coast neighbour, Northstar Gold, secured $2,700,000 to drill on its Miller Gold Property, 18 kilometres southeast of Kirkland Lake where the company made some significant gold discoveries last year.

Another Vancouver exploration outfit, Brixton Metals, raised $4.46 million in flow-through money in November where the company is running a 20,000-metre winter drilling campaign at its Langis Mine Project, 15 kilometres north of Temiskaming Shores. Langis contains two former high-grade silver and cobalt mines. The company is working toward calculating a maiden resource.

Newmarket's Platinex is putting $857,275 into the ground at its Shining Tree Project where the company holds a 20,700-hectare gold property, 40 kilometres southeast of Gowganda. The company began a mechanical stripping and channel sampling program last September.