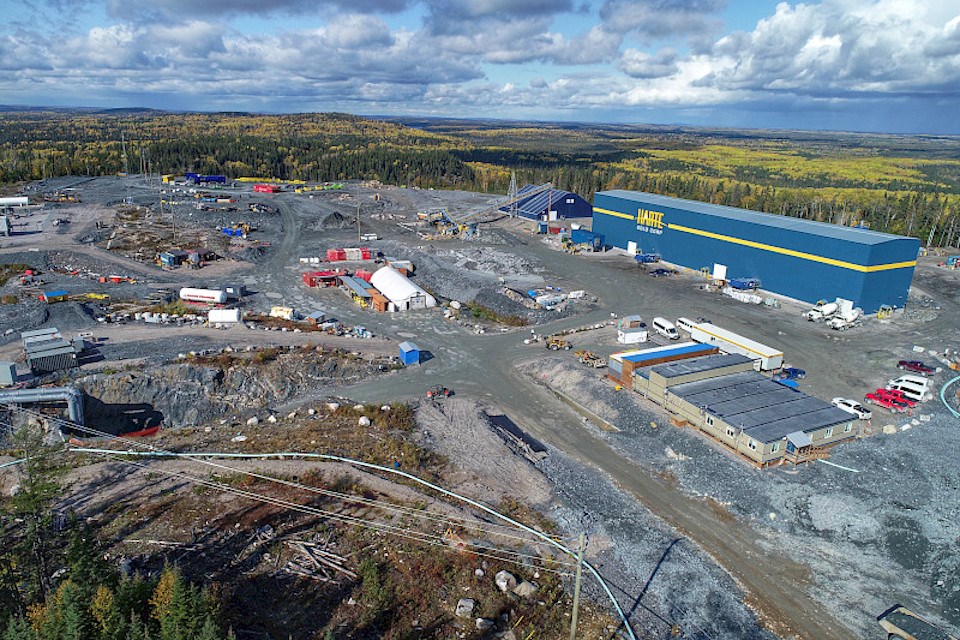 The Toronto gold miner provided an update on the "overhauled" regional exploration strategy for its massive, but relatively underexplored, 81,287-hectare property, 30 kilometres northeast of the town.

"There are several reasons to be excited about the potential for new discoveries," said Dave Schonfeldt, Harte's vice president of exploration, in an April 28 news release, with "no shortage of highly prospective targets" extending into a part of the property that's a considerable hike from the Sugar Zone Mine.

While underground construction is ongoing to expand the two-year-old mine and tap into nearby gold zones, the company is also placing considerable emphasis on greenfield exploration - areas with no history of mining or extensive exploration - to generate a pipeline of gold targets that could ultimately extend Sugar Zone's current 13-year production life.

Harte Gold believes the property has the gold potential to grow out into a district-scale operation. They maintain the Sugar Zone property has the same geological similarities as that of Barrick's Hemlo Gold Complex, 68 kilometres to the west.

A particular area of  focus for this year is the TT8 Zone, a spot on the property 17 kilometres southeast of the mine.

Harte began drilling there in late 2019, drilling a total of 3,352 metres drilling, and discovered a gold system that began with an initial 100-metre outcropping to one that now stretches into an 18-kilometre extension of the Kabinakagami greenstone belt. Five high-grade showings were discovered last year.

On tap of this summer is 5,000 metres of drilling at TT8 with an additional 15,000 metres queued up to evaluate targets and conduct geochemical, LiDAR and digital orthophoto surveys in other areas of the property.

To do all this, Harte said they've hired Abitibi Geophysics and staffed up their own exploration team by adding three new geologists and two prospectors for this summer's field season.

Earlier this month, Harte Gold recorded 11,776 ounces of gold production for its first quarter of 2021, up nine per cent over the previous quarter. Management was pleased with the 14-metre-per-day pace of underground mine development, which is tracking above their targeted rate for this year.