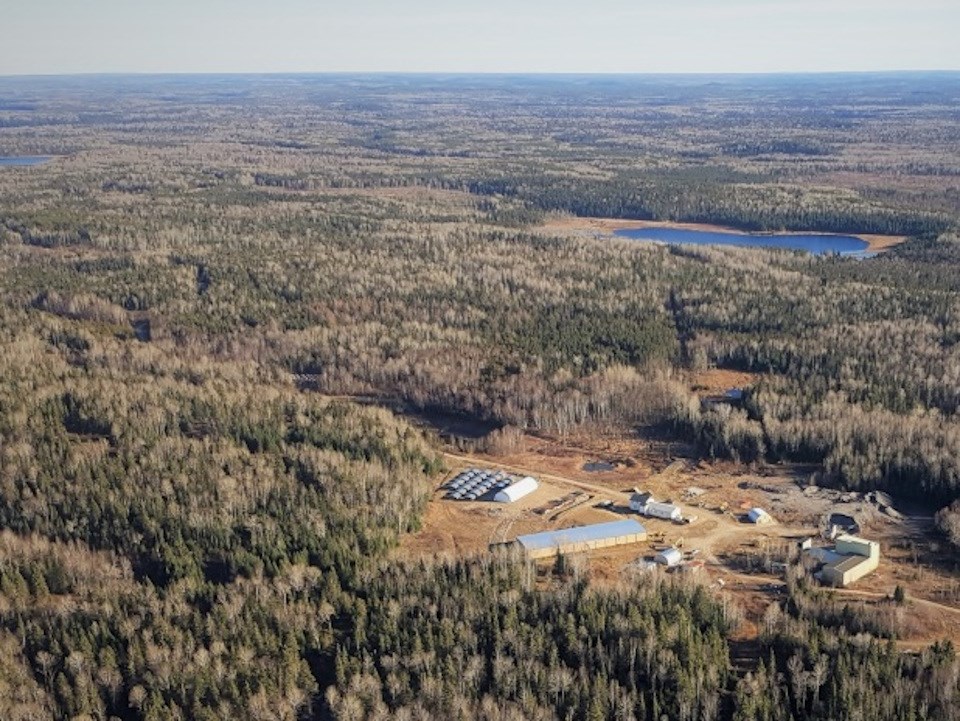 Sub-zero temperatures and frozen ground provide the perfect setting for some budding northwestern Ontario gold producers and a bevy of exploration companies to make headway on advancing their respective projects in the Red Lake area.

While Battle North Gold is preparing its Bateman Mine Project for the first gold pour in December, the Toronto miner is also kicking off an extensive regional exploration program at Red Lake.

The company is spending $7 million to explore its "string of pearls" targets and fund up to 22,000 metres of drilling in 2021.

Battle North is one of the largest land holders in the Red Lake district at more than 288 square kilometres, most of it untouched by exploration in more than a decade.

In a Feb. 16 news release, Battle North president-CEO George Ogilvie expressed excitement with the potential of making "meaningful discoveries" on their extensive 288-square-kilometre property this year.

"The regional program will supplement our existing mine site exploration activity which has yielded positive results over the past few years."

The area with the most upside is its McFinley deposit where the company wants to grow the estimated 40,000-ounce measured and indicated resource with more exploration drilling.

At its Pen Zone, Battle North expects to publish a first-time gold resource estimate by the end of this quarter where there's more gold to be discovered deeper down.

Other drills and field work is scheduled for its outlying McCuaig, East Bay, Slate Bay and Wolf Bay targets.

Nexus Gold personnel want to test the ice before venturing out to start drilling at its McKenzie Gold Project near Red Lake.

The Vancouver junior explorer wants to do a second round of drilling in mid to late March on its 1,400-hectare property on the northwestern outskirts of the town of Red Lake.

Depending on ice thickness and stability, they'll either follow up on last summer's drill program on the southernmost portion of their property with a new 2,000-metre program, or they'll test targets on the north part of the property at McKenzie Island.

Narrow gold veins were discovered on the southern part of the property in 2005. Nexus said it was able to replicate those results after drilling this area last summer. Several drill intercepts in the half metre to 1.5 metre length assayed between 3.42 grams per tonne to 7.43 grams per tonne.

“The path we’re on is one of discovery and development," said company president-CEO Alex Klenman in a statement. "The way to unlock value begins at the end of a drill."

Trillium Gold picked up a drill permit to go exploring on its Gold Centre property, right next door to Evolution Mining's Campbell-Red Lake Mine operations.

Gold Centre was one of many properties picked up by the Vancouver exploration outfit as part of its 2020 land acquisition spree in northwestern Ontario. This one was part of a joint venture agreement reach with Rupert Resources last August.

The plan is to do both shallow and deeper drilling targeting high grade and sulphide mineralization.

"We have an under-explored property located just 350 metres away from one of the biggest gold orebodies, not just in Canada but the world," he said in a Feb. 9 news release.

Alturas Minerals has signed a letter of intent to form a 50/50 joint venture with Frontline on this 479-hectare property. Alturas will be responsible for half of all the current and future property expenditures at Copperlode.

Copperlode is geologically located within the Confederation Greenstone Belt, which hosted the former South Bay copper-zinc mine. The property contains several volcanogenic massive sulfide-style occurrences and deposits, known to mainly host copper and zinc. Noranda Mining performed shallow drilling at Copperlode in the mid-1990s but very little exploration work has been done there since.

The ability to expedite exploration at Copperline was mentioned in a news release as one of the reasons behind striking this joint venture.

Orix Geoscience has been contracted to compile all of the data of past government and exploration work done on the property as part a project review in preparation of an inaugural drill program planned at Copperlode this spring.

East of Dryden, Treasury Metals is drilling off its newly acquired Goldlund deposit on the spot where the company wants to build a future gold mine.

The Toronto mine developer is looking to add ounces to its proposed open pit and underground operation, 20 kilometres east of the community. The company recently released encouraging results from its 10,000-metre diamond drill program.

Goldlund sits within the larger Goliath Gold Complex, made up of three deposits covering a 330-square-kilometre area containing almost 2.5 million ounces of gold, and loads of exploration upside.

The company recently posted the results of a preliminary economic assessment (PEA) to determine how to effectively bring each deposit into production as part of one large district-scale operation. The PEA placed an estimated 13-year mine life on Goliath.

The current exploration program is targeting the northeast part of the property to better verify the gold resources there, and identify any additional discoveries in and around the proposed pit.

Treasury president Jeremy Wyeth said the PEA provided the impetus to plan for more than 40,000 metres of upcoming drilling as well as test gold extensions trending to the northeast.

"This work is critical to improving the overall size and quality of the resource at Goldlund as we move toward a pre-feasibility study at the Goliath Gold Complex," said Wyeth in a Feb. 11 statement.