A small group of Peruvians caught a glimpse of what their future might look like during a recent visit to Timmins.
0
Feb 22, 2016 3:37 PM By: Sudbury Mining Solutions Journal 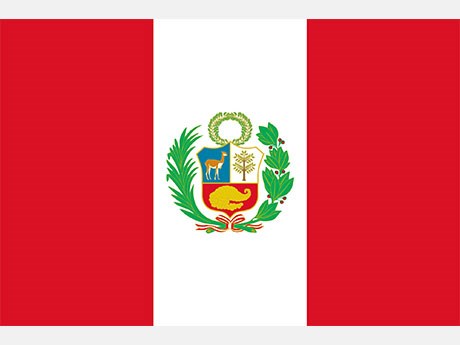 A small group of Peruvians caught a glimpse of what their future might look like during a recent visit to Timmins.

The visitors from Chumbivilcas, Peru were brought north by Global Indigenous Development Trust (GIDT), an organization working to ensure indigenous communities benefit from mining. Toronto-based Hudbay Minerals Inc. brought its $1.7-billion Constancia copper and molybdenum mine into commercial production in Chumbivilcas last year. With $13 billion invested in five new mines expected to soon double the country’s copper production, Peru has seen confrontations and violence beset some mining projects. Although there were local protests over employment and the pace of community development projects at Constancia in 2014, Hudbay is establishing successful partnerships between its contractors and community enterprises in Chumbivilcas, according to GIDT co-founder Sonia Molodecky.

Molodecky, a lawyer, is fluent in Ukrainian, English and Spanish. She helped draft human rights policies in Mexico, managed human rights violations files in the public defender’s office in Argentina, and assisted in shaping principles for democratic reform in Ukraine, where she was an election observer during the Orange Revolution.

She wanted to change the world for the better. But after working with government agencies, a public defender’s office and the United Nations, she realized they didn’t have the ability to effect major changes. “I discovered, after talking to people who were in business, that business is really the force for change - for good or bad. I wanted to be part of something that was driving change, innovation and ideas that could impact the world,” she said in an interview with Osler Alumni.

After graduating from law school, she joined Osler and worked there until 2010. She left to join Borden Ladner Gervais and helped start the firm’s Latin America practice. “I saw a lot of conflicts between businesses and communities, particularly in the natural resource sector, which resulted in a lot of projects being stopped or stalled costing in the millions and billions of dollars – where no one was winning,” Molodecky told Olser Alumni. “I realized there was an opportunity for collaboration rather than conflict—an opportunity for both sides to benefit.”

Two years ago, she co-founded Global Indigenous Development Trust with Jerry Asp, a former chief of the Tahltan Nation in northwestern British Columbia and an expert on Aboriginal and mining relations.

Noront Resources, with the largest land holding in Ontario’s Ring of Fire, edged miles ahead of its competition by assembling an Aboriginal advisory board of chiefs, including Jerry Asp, Molodecky said. “Noront was never blockaded or had a work stoppage because of unrest in the communities,” she noted.

GIDT conducts trips to Canada from Latin America with indigenous leaders to show them Canadian success stories, best practices and how mining and communities can work together, Molodecky said.

During their two days in Timmins, Peruvians met with local mining suppliers and manufacturers, learned about their products and how they developed their businesses. “We focused primarily on locally owned businesses because one of the things they’d like to do in Peru is not only attract foreign direct investment, but also look at local residents starting up businesses,” said Christy Marinig, chief executive officer of the Timmins Economic Development Corporation, which hosted the group.

Visitors toured the Gorldcorp Hollinger Project, an open pit gold mine on a property near downtown Timmins that had been left with numerous hazards - open shafts, near-surface stopes and small pits from previous mining. They also worked with elders from the Mattagami First Nation to learn how that community interacts with mining companies. “They were looking for concrete examples that they could bring back to Peru,” said Marinig, who expects to host delegations from Peru twice a year for the next five years. Molodecky hopes to add Sudbury to the tour in the future.