Industry acts on mine safety recommendations

New measures cover seismicity and rockbursts, water management, occupational disease and traffic management The Ontario mining industry is well on its way to implementing many of the recommendations from the Ministry of Labour’s recent Mining Health,
May 23, 2016 10:00 AM By: Sudbury Mining Solutions Journal 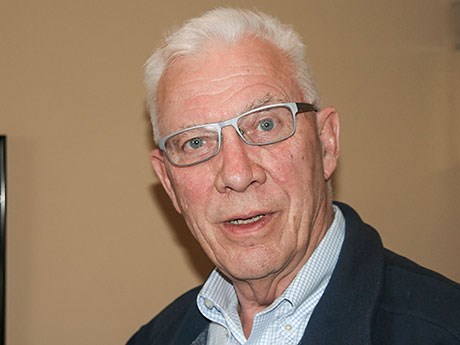 The Ontario mining industry is well on its way to implementing many of the recommendations from the Ministry of Labour’s recent Mining Health, Safety and Prevention Review.

Several of the recommendations focus on the need for formal risk assessments by both the Ministry of Labour and individual mines, notes Fergus Kerr, a retired mining executive who served as co-chair of the review’s advisory group representing the Ontario Mining Association.

Mining companies have always performed risk assessments, “but they were done on an ad hoc basis,” said Kerr. The larger employers – Vale, Glencore, Goldcorp and Barrick – did them, but the smaller and mid-tier companies did very low-level, field-level risk assessments rather than looking at the whole operation.

“When we’re working underground and realize we’re in a high-hazard environment, we stop, do an assessment of the hazards and decide how we’re going to mitigate them, but they’re generally not documented and not done on a formal basis.”

New regulations will require mines to carry out risk assessments “as often as necessary” and implement controls to manage the hazards identified.

The Ministry of Labour itself will be required to undertake an industry-wide risk assessment in concert with employers and labour every three years beginning in 2017. Until now, said Kerr, the Ministry of Labour employed a “very shotgun” approach to enforcement. “It was what’s the issue, what’s the flavour of the month – then we’ll blitz that.”

The regulations will take time to be enshrined in legislation, but members of the Ontario Mining Association “are moving ahead as if they are already in place,” said Kerr.

Mines will also be required to involve workers in the development of a written new technology and management of change policy.

The issue of water management received special attention, as it was public pressure following a double fatality caused by a run of muck in an ore pass at Vale’s Stobie Mine that was largely responsible for causing the government to call for the review.

“A lot of mines have a water management problem,” said Kerr. “It tends to be unique to mines that break through to surface. Stobie Mine started off as an open pit, so you have this big pit that collects water and all that water gets into the mine.”

The review concluded that there should be a lot more rigour around the management of surface water and recommended that every mine develop a plan for water management.

Mitigating strategies identified in the report include the sealing of exploration diamond drill holes, the grouting of fragmented rock masses, proper sump and drain hole designs, sufficient pumping and pump maintenance programs, and steps to ensure that mine water drains away from ore and waste passes and chutes.

Also recommended was the development of improved proximity detection technology.

“One of the problems with proximity detection is that it’s too good,” said Kerr. “The alarms go off all the time, and when that happens, the operator is going to find a way to shut it off.”

Recommendations aimed at reducing rockburst and seismic hazards include better maintenance of microseismic monitoring data and research on de-stress blasting and re-entry protocols. The report also noted that there is no organization in Ontario that oversees and co-ordinates research on seismicity and rockbursts.

The Internal Responsibility System, which makes every worker responsible for his own safety as well as the safety of everyone else, is “the cornerstone of the Ontario’s Health and Safety Act,” according to Kerr, but its effectiveness often hinges on the culture of the workplace.

Labour representatives told us “it’s great to say the worker is responsible for his own safety, but we have cases where a worker has complained to a supervisor about a health and safety hazard and, lo and behold, the next week he’s been laid off or assigned to steady graveyard for the next six months.”

To make sure that the Internal Responsibility System is working, the review recommended the development of a best practice guideline by the OMA and labour representatives, and asked Workplace Safety North to conduct an audit and climate assessment at each mine.

So far, two have been completed and four more are scheduled for this year, said Kerr.

Other recommendations focus on emergency response, training, technical capacity in health and safety organizations, occupational disease and mine inspections.