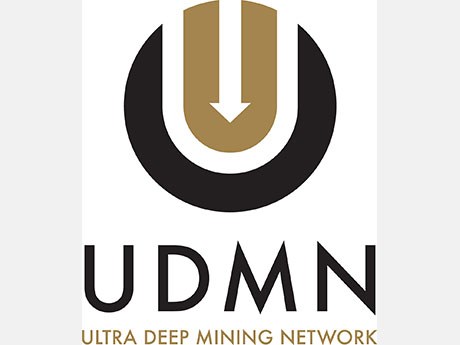 The Centre for Excellence in Mining Innovation’s (CEMI) Ultra Deep Mining Network (UDMN) has committed to funding 28 research and development projects to address challenges posed by mining at depths in excess of 2.5
kilometres.

Funding for the program includes a $15 million grant from the Canadian government’s Business-Led Networks of Centres of Excellence program and $31 million in cash and in-kind contributions from mining companies, suppliers and other entities for a total of $46 million.

“But we knew that wasn’t going to be enough to allocate all of our funding and solve all of the deep mining challenges we identified, so we issued a pan-Canadian call for proposals in October,” said UDMN managing director Bora Ugurgel.

Both existing network members and non-members were invited to submit expressions of interest.

Proponents were encouraged to collaborate with industry and academia to deliver and ultimately commercialize deep mining tools and technologies capable of addressing deep mining
challenges.

Twenty-four of the 65 proponents, including 20 SMEs, three academic institutions and one OEM, were asked to move to the next stage and submit a more detailed proposal.

“Twelve of the projects made the final cutoff and, of the 12, we gave the go-ahead to eight proponents,” said Ugurgel. “We’re not certain that we have the
funding for the remaining four, so we’re still in negotiations with them.”

With the 20 projects submitted as part of the original application to the federal government’s Centres of Excellence program, the UDMN has now approved a total of 28 projects.

Members have three years to complete their work, but the UDMN is funded for a five year-period ending in 2019.

The $1 million fund will be administered by CEMI’s Innovation and Prosperity Office, and will assist Sudbury SMEs with the commercialization of deep mining solutions developed as a result of their UDMN projects.

The IPO helps mining suppliers with demonstration projects, the integration of their products and solutions into the workplace and with market development.

Sudbury has great service and supply companies – “the best cluster in the world,” said Maag – but they don’t always have the sales and business development expertise to get the products out the door.

The IPO, which was partially funded by the GSDC in 2010 and renewed for a five-year term the following year, has to date been working with eight mining supply and service companies. The $1 million in funding approved by Sudbury City Council April 15th will allow the IPO to provide enhanced consulting services to 12 additional Sudbury area companies with projects under the UDMN umbrella.