Physicists and miners rub shoulders every day in the cage descending to the depths of Vale’s Creighton Mine in the Sudbury Basin, which hosts the world-famous SNOLAB, a particle physics laboratory two kilometres underground.
May 23, 2016 10:01 AM By: Sudbury Mining Solutions Journal 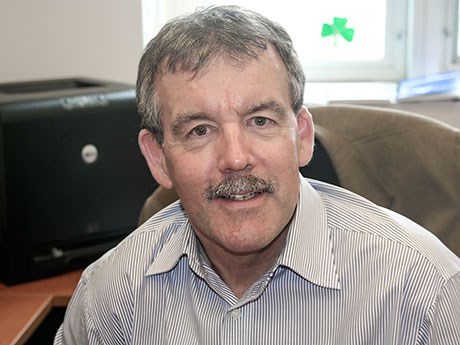 Physicists and miners rub shoulders every day in the cage descending to the depths of Vale’s Creighton Mine in the Sudbury Basin, which hosts the world-famous SNOLAB, a particle physics laboratory two kilometres underground.

With the establishment of the Mining Observatory Data Control Centre (MODCC) in the SNOLAB office building on the surface, they’ll also be rubbing shoulders with mining engineers and geoscientists.

The common interest that brings them together is Big Data.

“SNOLAB is populated by physicists who are all about large datasets,” said Damien Duff, vice-president for geoscience and geotechnical R&D at the Centre for Excellence in Mining Innovation (CEMI). “None of us (in mining) understand what kind of data it is, but they do, and it’s big. They know how to handle it, analyze it and share it.

“SNOLAB wants to diversify its science base. It doesn’t want to be known only as a place where particle physics happens. It wants to provide broader value, so as part of its strategic plan, there is an initiative to work more closely with the geoscience and geo-engineering world.”

The MODCC is a newly refurbished space designed as an incubator for startups and mining suppliers working with big data to develop new and more effective ways of discovering orebodies, or forecasting seismic events.

A handful of successful applicants, selected by a review committee following a global request for proposals, moves into the space this month.

They will be working with a data collection, management and sharing platform called Integrator, which was developed through the Smart Underground Monitoring and Integrative Technology program, a five-year, $6.7 million R&D initiative involving researchers from Queen’s University, the University of Toronto and Laurentian University with input from Vale, Glencore and Rio Tinto.

“An integrator is a tool that’s built to tap into geoscience and geotechnical data, organize it and present so it can be analyzed much more readily,” said Duff. “It does it with a graphical user interface that makes it clear to people how to do what they need to do.”

It can be used to bring together a variety of different datasets, including geochemical data, geophysical data, geological data and drill core data.

Each set alone is important in helping to find an orebody, but all of them together, particularly if they’re weighted appropriately, are more likely to point geoscientists in the right direction, explained Duff.

Integrator is currently configured to collect geoscience and geotechnical data, but it can also be repurposed to crunch data relating to equipment performance, mining processes such as hoisting and ventilation, or health and safety.

In addition to taking advantage of the fully equipped office space, boardrooms, lunchroom and lounge areas, MODCC tenants will have access to SNOLAB’s computing power and IT support.

“Some of the problems they’ll be working on are so large that they can’t be done on a single server,” said Duff. “It would take a year and a half to do it, but with access to a bank of servers, you could potentially solve your computing problem in a minute and a half or an hour and a half. This is the sort of support and capability being offered to occupants of the MODCC.”

Equally important, the space is designed to encourage collaboration so physicists and mining data analytics people come together and learn from each other.

Tenants will be charged a nominal sum of $250 per month and will be expected to move on after two years of incubation to make room for other startups and SMEs.