MIRARCO demonstrates hydraulic air compressor for deep mine cooling A 100-year-old technology used in Northern Ontario’s Cobalt mining camp to produce compressed air for the area’s then booming silver mines is being reintroduced by MIRARCOMining Inno
0
Feb 26, 2015 9:16 AM By: Sudbury Mining Solutions Journal 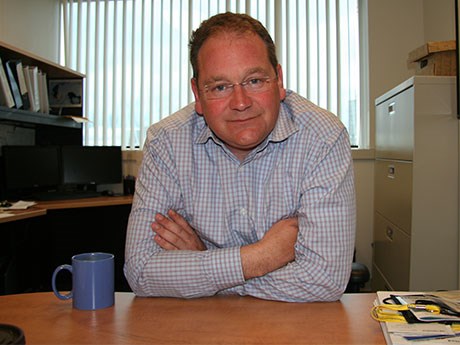 A 100-year-old technology used in Northern Ontario’s Cobalt mining camp to produce compressed air for the area’s then booming silver mines is being reintroduced by MIRARCOMining Innovation in Sudbury.

The Ragged Chutes hydraulic air compressor designed by Canadian engineer Charles Havelock Taylor went into operation in 1910. A dam was constructed on the Montreal River and a 9.5-foot shaft was blasted to a depth of 351 feet. Air intake pipes at the top of the shaft introduced air into the water as it plunged down the shaft.

“As the water went down the shaft, it pushed against the air bubbles and pressurized them,” explained Dean Millar, MIRARCO research chair for energy in mining. “The deeper it went, the more the air bubbles were compressed.”

Ragged Chutes required no fuel, cost almost nothing to operate and ran continuously for 70 years with two brief maintenance interludes. Determined to reintroduce the technology, Millar has received the go-ahead to construct a closed circuit hydraulic air compressor in a 17-metre ventilation shaft at the Big Nickel Mine, part of Dynamic Earth, a geoscience centre operated by Sudbury’s Science North.

Scheduled for commissioning in August, the hydraulic air compressor will be 27 metres high, including a 10-metre section above ground. Water and air will descend to the bottom of the shaft where they will be separated and return to surface in two separate pipes. A pump will be used to recirculate the water.

Millar’s hydraulic air compressor will replicate the technology used in the Ragged Chutes plant to demonstrate its effectiveness and applicability to 21st century mining – not for the production of compressed air, but for cooling deep mines.

“Ragged Chutes used renewable energy (water from the Montreal River) to produce compressed air, but there’s another aspect of hydraulic air compressors that makes them very exciting even as a closed circuit system with a pump,” said Millar. “The air is compressed at a constant temperature because the water cools it down. Then you allow the air to expand and when it expands, it cools down. If you cool it down in a certain way, you can achieve temperatures of minus 150 degrees Celsius, so you can produce a very, very cold high-speed jet of air that can be mixed with the a mine’s ventilation air.”

The cold air from the hydraulic air compressor can reduce the mine air temperature by a half to one degree Celsius. That doesn’t sound like a lot, but it’s actually very significant in a deep underground mining environment, according to Millar.

“One degree matters a lot,” he said. “If it can keep a level operating (at Vale’s) Creighton Mine for another year or more, it could have a dramatic economic impact.”

The hydraulic air compressor at Dynamic Earth won’t have the elevation required for cooling, but will demonstrate the effectiveness of the technology and its energy efficiency compared to other means of cooling.

“Taylor’s invention of 100 years ago not only harnessed renewable energy to drive the system, but the other thing was he used the renewable energy to compress the air in the most efficient way conceivable,” said Millar. “It will use far less energy than you would use if you ran a mechanical compressor.

“Thermodynamically, the hydraulic air compressor will consume less electricity to produce the same amount of gas - sufficiently so to make a business case for rolling out these systems in quite high volumes.”

The objective of the demonstration project is “to prove that this is a real and meaningful technology for the 21st century,” said Millar. “This really is something that people have forgotten about that should be remembered and it’s the technology’s energy efficiency credentials that underpin that. Partial funding for the demonstration project is being provided by the Centre of Excellence in Mining Innovation’s Ultra Deep Mining Network.