CEMI applies to feds for UDMN 2

$20 million contribution would fund additional deep mining research The Centre for Excellence in Mining Innovation (CEMI) has applied to the federal government’s Business Led Networks of Centres of Excellence program for a second round of funding for
May 17, 2018 10:57 AM By: Sudbury Mining Solutions Journal 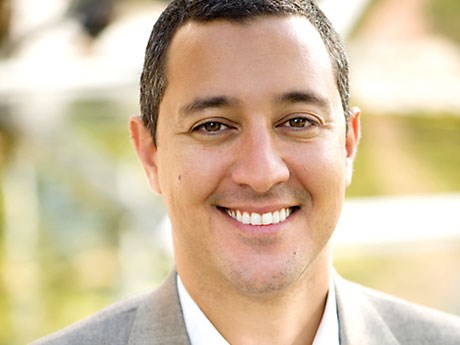 “Deep mining challenges are hard to resolve. They don’t go away. You just move the bar a little bit at a time.” Bora Ugurgel, Managing Director, UDMN

The Centre for Excellence in Mining Innovation (CEMI) has applied to the federal government’s Business Led Networks of Centres of Excellence program for a second round of funding for its Ultra Deep Mining Network.

A first round of funding in the amount of $15 million over five years was approved in 2013, matched by $11 million in cash from private sector partners and $9 million in in-kind contributions for a total program value of $35 million.

The application for UDMN 2 requesting a federal government contribution of $20 million over five years was delivered April 6th and defended in Ottawa at the end of April. A decision is expected to be rendered late this year. With matching funds from the private sector, UDMN 2 will have $40 million to spend on research, development and commercialization projects to address challenges associated with deep mining.

“Not only do we have to show the government what we have done with the investment, but also how much value was created for the businesses participating and what we intend to do in the next five years,” said UDMN managing director Bora Ugurgel.

“A lot has changed in the industry since 2013. The marketplace has changed. The technologies have changed, so we have to stay in touch with the trends in the industry and make sure that the industry’s challenges are being met. In 2012-2013, for example, there was only one supplier of underground electric vehicles. Five years later, there are quite a few of them in the marketplace”

Going forward, the themes for UDMN 2 will look similar, said Ugurgel, “because deep mining challenges are hard to resolve. They don’t go away. You just move the bar a little bit at a time.”

Rock stress reduction, for example, will become excavation stability and reliability. The three other slightly revised themes will be energy management for sustainable deep mining, mine production systems and the interplay of digital technologies and employee productivity.

A Canada-wide call for proposals for research, development and commercialization projects will go out to mining companies, supply and service companies and academia as soon as funding for UDMN 2 is approved.

Among the UDMN 1 wins celebrated by CEMI was the development of a 4D real-time geotechnical hazard assessment and reporting tool by Mira Geoscience. According to Ugurgel, the Montreal-based company was able to boost employment by 60 per cent, trained a number of highly qualified personnel and made several sales.

Another big win was recorded by Maestro Digital Mine, a Sudbury-based company that developed an underground air quality monitoring system that has been sold to upwards of 70 mines around the world.

According to Ugurgel, UDMN 1 involved 93 partners working on 25 projects, and resulted in the delivery of 17 prototypes, eight products, nine IP protected patents, eight brokered deals while creating and retaining 146 jobs.

“To make deep mining financially feasible, we can’t just look at a single challenge – for example, energy reduction – and put all our eggs in that one basket,” said Ugurgel. “If you do that, you don’t have reliable systems to keep your openings longer and manage risks associated with the excavation, nor will you do a better job on utilization rates at the face to get productivity, or deal with heat and humidity. You need to be able to make progress on all four themes to make deep mining feasible.”