Another record-breaking hole for Redpath Raiseboring

Longest raisebore hole in the Northern Hemisphere completed at Macassa Mine
May 26, 2021 12:00 PM By: Press Release 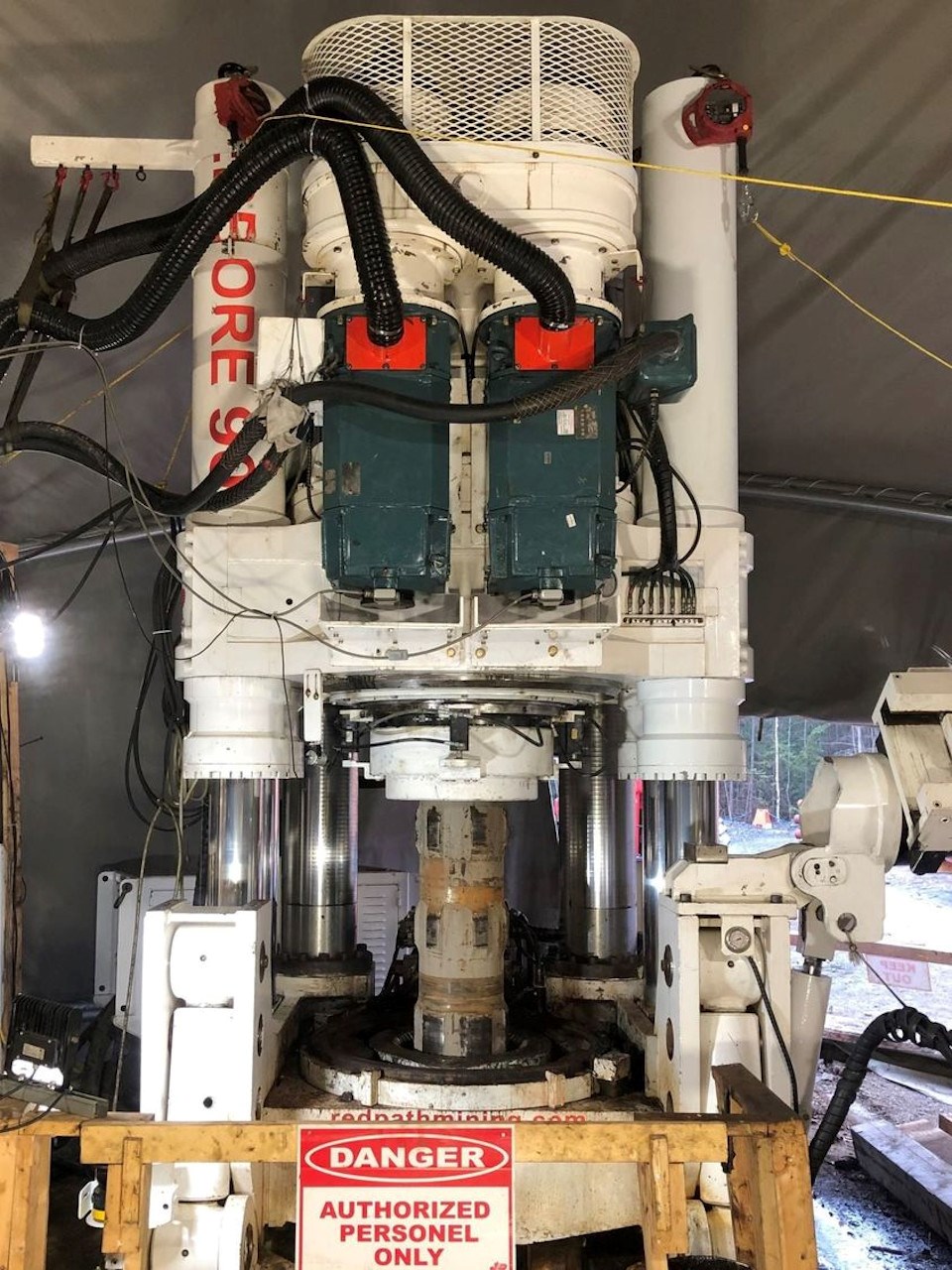 At a length of 3,312 feet (1,010 m), this raise became the longest raisebore hole ever accomplished in the Northern Hemisphere and all of the Americas. This concludes the first of the planned twin, 12-foot diameter ventilation raises extending from surface down to 5617 Level.

The hole was accomplished in two stages with two machines drilling concurrently; a Redbore 70 underground and a Redbore 90EX on surface, completing individual ventilation raises of 2,167 feet (660 m) and 3,312 feet (1,010 m) respectively.

The Redbore series raisebore machines were designed and manufactured in-house by Redpath in North Bay, Canada. The milestone occurred merely three months after Redpath broke another record at Niobec Mine in Québec, Canada. That raise was the largest ever completed in the Americas and the Northern Hemisphere, and the third biggest globally.

“Like with our Niobec project, the Macassa record is the result of an outstanding team effort that started in 2019. Months of preparation went into engineering design, procurement and preparation of the equipment. Throughout the project, the operational execution, technical support and project management and controls were exceptional. We’ve established a strong partnership with Kirkland Lake Gold’s project team and the support they’ve provided throughout the project has been tremendous. Most importantly, this important milestone was completed without any lost time injuries or major incidents,” said Johan Davel, General Manager of Redpath Raiseboring.

“The completion of this raise marks a major milestone for Kirkland Lake Gold as we continue major ventilation upgrades at Macassa. The experience and expertise of Redpath Raiseboring was a major factor in the success of the project to date and we look forward to continued rewarding collaboration with Redpath at Macassa,” said James Gagne, Manager, Mining of Kirkland Lake Gold Ltd.

Preparations have started to carry out the second raisebore hole at Kirkland Lake Gold’s Macassa Mine, with equally successful results expected.

Pucobre and HARD-LINE team up to test semi-autonomous technology for underground mining
May 20, 2021 11:00 AM
Comments