Workplace Safety North has seen a spike in enquiries about the recent legalization of cannabis for adult recreational use and its impact on the workplace.
0
Nov 8, 2018 4:10 PM By: Sudbury Mining Solutions Journal 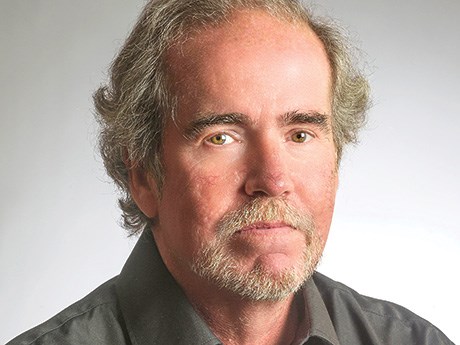 “Legalization has been in the news so much that it’s raised the awareness of employers,” he said. The not-for-profit health and safety association provides information and training primarily for mining, forestry, and pulp and paper industries in Ontario. “We’re here to help. If anyone has issues or questions, we’re happy to answer them or direct them to the appropriate agency.”

Levesque said that the legalization of cannabis is a good opportunity for companies to review their policies and ensure cannabis is covered specifically, just as alcohol is.

“Having a health and safety policy is a requirement under the Occupational Health and Safety Act,” Levesque said.

“Every employer must prepare and review at least annually a written occupational health and safety policy for their workplace. Then they need to develop and maintain a program to implement that policy.”

He said that some circumstances are already precluded by the law. Currently, cannabis can only be consumed at home, though the Government of Ontario introduced new guidelines that may change that. Consuming cannabis in the workplace is expressly forbidden – and that likely won’t change regardless of any changes to public consumption laws.

Levesque said that what should be addressed though is impairment: what it is, how to identify it, and how to approach the situation. “Random drug testing is not considered constitutional, but in high-hazard safety-sensitive positions, employers have a lot more leeway if they suspect someone who’s operating a piece of heavy equipment is stoned. The employer is empowered to take some action.”

Levesque said that he would expect the main problems would be among chronic users of cannabis as it is with alcohol.

But, he points out that chronic cannabis use existed well before legalization.

There are already examples of how some organizations are tackling the problem. The National Hockey League – where random drug testing is a regular event – has directly addressed the issue, stating that it will continue to test for cannabis use despite legalization in Canada. However, it should be noted that players who test positive for cannabinoids are not disciplined or even publicly identified.

On the other end of the scale, the Canadian Broadcasting Corporation reported in September that random drug testing within the Canadian Armed Forces found cannabis to be the “illegal drug of choice” among its members. Legalization may not change usage, but it does open the door to new regulations in the military.

New policies bar personnel from consuming cannabis eight hours before duty or 24 hours before duty if engaged in certain activities such as handling weapons or if they’re on medical duty. Members in safety-sensitive positions cannot consume cannabis within 28 days of the start of duty.

Some companies are taking an even harder line. In the airline industry, both Air Canada and WestJet have announced policies to prohibit cannabis use at any time for all employees in safety-sensitive positions, including flight operations and aircraft maintenance. However, there is some question about the legality of these blanket bans, which may lead to court challenges. Although widely reported in the media, including a statement by Air Canada that it is acting out of an “abundance of caution,” perhaps tellingly, neither company published a press release about its cannabis policies.

The federal government stated it will not update the Canada Labour Code. Both Air Canada and WestJet fall under the Code as part of a government-regulated industry. Given that some positions are safety sensitive while others or not, workplaces are to create regulations around impairment that make sense for their respective work environments.

Companies operating in high-hazard industries in Northern Ontario such as mining are also faced with the task of finding that line between workplace safety and employee rights under the Charter of Rights and Freedoms. Again, the key may be the line between use and impairment.

“There are people, especially in high-risk industries, who may for any reason look less capable of doing the work they’re doing. Supervisors and employers need to know about it because it’s their legal responsibility to protect everyone’s health and safety,” Levesque said.

Several mining companies in Northern Ontario were contacted to comment on their cannabis policies for this article, but none replied.