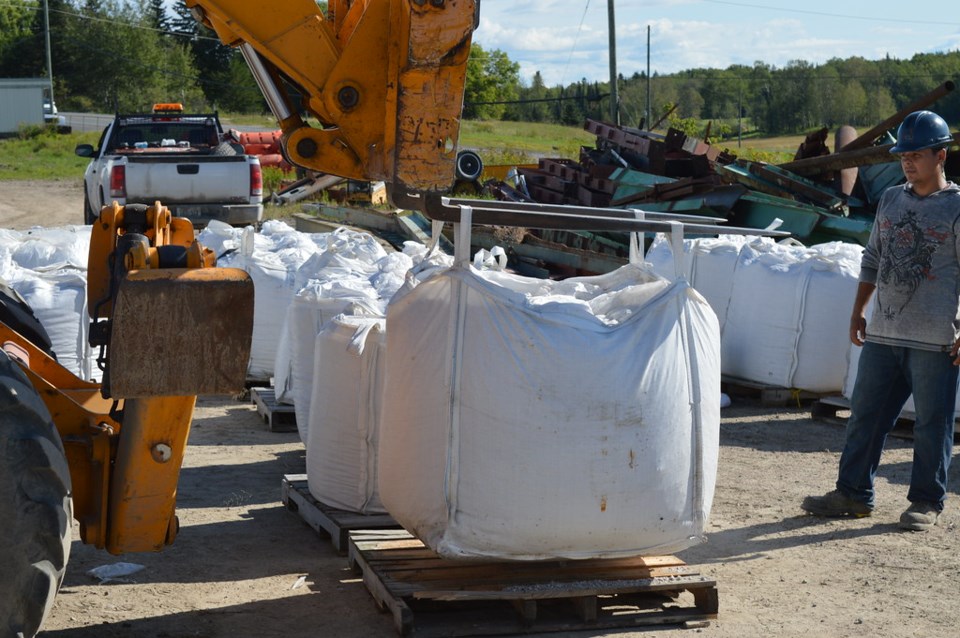 Two northwestern Ontario exploration and mine development companies are eyeing Thunder Bay as a potential site for a lithium processing plant.

Toronto's Avalon Advanced Materials and Rock Tech Lithium of Vancouver signed a letter of intent to team up on establishing a facility that makes lithium sulphate, a chemical used in making lithium-ion batteries. It would the first facility of its type in North America, said Avalon president-CEO Don Bubar in an interview with Northern Ontario Business.

Bubar said there are a number of brownsites sites in the city, particularly along the waterfront, that could be a fit.

"There's no shortage of available industrial land looking for new businesses to revive there," said Bubar, who was not ready to announce a specific site.

"We still have to work out a few details on what sort of scale it's going to have and some other aspects of it that would help in defining what the ideal location for it is."

To finance such a plant would require customer off-take agreements to leverage some market capital investment, Bubar said. But there seems to be genuine interest out there, especially from Europe.

The principals at Rock Tech are collaborating with German firms on the processing technology and there appears to be off-take interest there already, he said.

Avalon wants to develop its 2,421-hectare Separation Rapids property into an open-pit mine and to go into production by 2022. The company calls its Kenora-area project a "rare pegmatite deposit" enriched in lithium minerals, namely petalite and lepidolite.

Both companies signalled such, as a plant could potentially serve other lithium exploration companies with emerging properties in the region.

Bubar said a Thunder Bay plant could serve as a regional toll-processing operation.

Bubar said the challenge – and a deterrent – for many prospective lithium companies is where to send concentrate to upgrade into battery-grade material, namely offshore. "Because there's never has been a place in North America, you can't really get going."

Bubar said such a facility in Thunder Bay might inspire other Northern Ontario producers to start making the concentrate from lithium minerals knowing there was a place that could buy the material and do the final processing.

The federal government has sent out strong signals about wanting to support the supply chain development of critical minerals, including battery materials.

Bubar believes such a Thunder Bay facility can be a catalyst for the creation of a lithium-ion battery manufacturing and electric vehicle manufacturing hub in Ontario, as recently announced by Premier Doug Ford.

"Given the news that came out on those initiatives, it made sense for us to make more disclosure on our aspirations in this space, too," said Bubar.

Avalon has long been looking at opportunities in the glass and ceramics market with its lithium petallite product and the lithium battery materials market with highly pure lithium hydroxide product.

In its latest investor presentation from last month, 2020-2021 were identified as pivotal years for the company to establish a "phase one production facility" with $3 million to $5 million needed for mine construction preparation in the Kenora area, and to establish the processing plant by 2021 to produce the mineral concentrates.

In 2018, Avalon released a preliminary economic assessment for Separation Rapids that talked about a $77.7-million mine and mill project with a 20-year mine life. Bubar confirms they will likely update that study at some point.

What scale a Thunder Bay plant would be still remains under discussion, Bubar said, largely depending on the initial off-take interest from customers, but also a desire to keep the facility scalable.

"With this business, you want to get into the market, get your product qualified, and then you should be able to grow sales over time," said Bubar, but he also cautioned that lithium producers have to be adaptable and attuned to what the downstream final product would be. Lithium-ion battery technology continues to evolve and will change in terms of the types of purity of lithium used in the chemistries, he said.

The glass and ceramic market remains the low-hanging fruit for Avalon. The concentrate that they would produce at the Kenora site could be shipped directly to customers, allowing them to establish an immediate revenue stream.

The material earmarked for battery producers would need a second processing step to turn it into an upgraded chemical derivative.

Their plan is to sell their lithium hydroxide product to the electric vehicle battery makers. The company raised $5 million this month that's earmarked for a pre-feasibility study on a lithium hydroxide processing plant, and further development and permitting work at Georgia Lake.