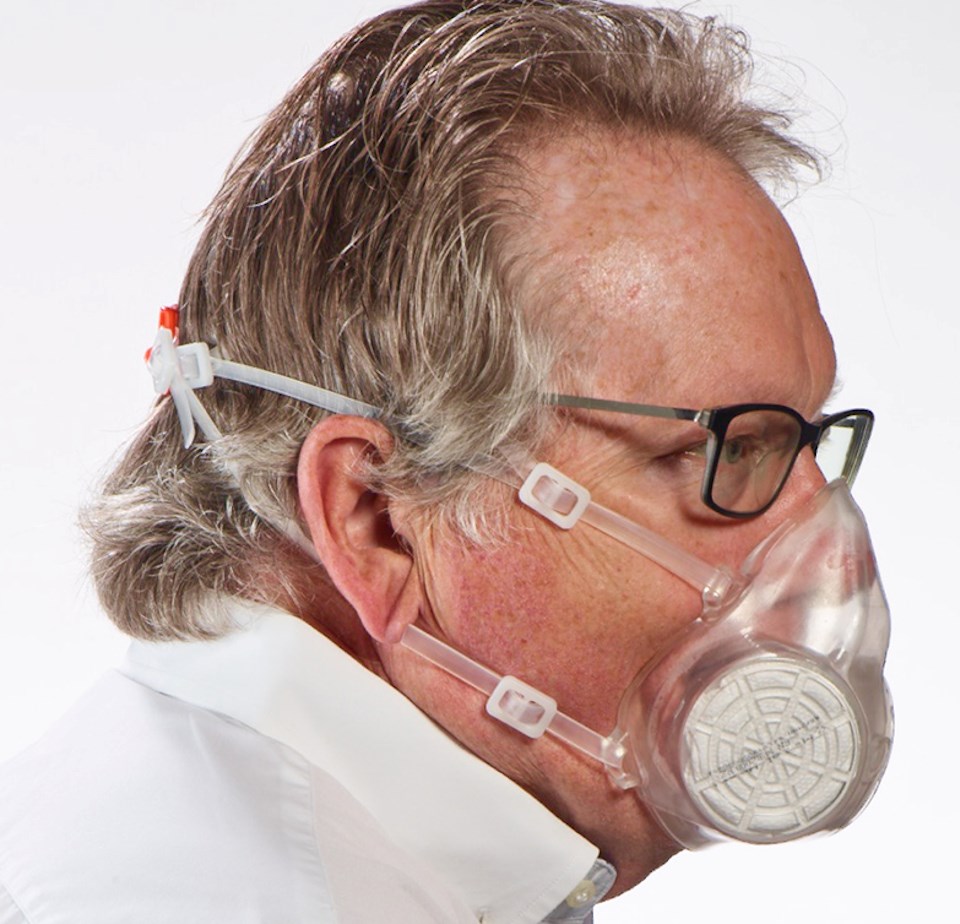 ZEN Graphene Solutions, a technology company with a Northern Ontario graphite deposit, has come up with a mineral-based solution that kills the COVID-19 virus when applied to personal protective equipment (PPE).

The Thunder Bay and Guelph-based company developed a graphene-based virucidal ink coating that can be applied as an agent to N-95 masks or fabrics that, third-party lab testing shows, is 99 per cent effective in rendering the COVID-19 virus inactive, thus giving health-care workers that an extra layer of protection.

ZEN Graphene has a high-grade graphite deposit, west of Hearst, that was first discovered in 2011.

The anti-viral ink formulation they've come up with is from a processed graphene product pulled from bulk sample material extracted at its Albany deposit near Constance Lake First Nation.

The company had sent the ink material off to Western University's biosafety lab in London, Ont. earlier this year to determine its effectiveness at killing the virus.

Within days of ZEN publishing the exceptional lab results in September, calls started pouring in from global PPE suppliers, including from Trebor Rx CEO George Irwin, leading to ZEN signing a binding letter of intent with the Collingwood-based manufacturer.

Trebor expects to hire between 80 and 100 people for a Collingwood production plant by early 2021 to make more than 700,000 masks a day. The ink can be applied to face masks, gowns and other fabric by dip coating or spray coating.

The signing of the binding agreement was lauded by ZEN as a "watershed moment" for the company.

The initial order with Trebor is to supply enough ink coating for 100 million masks at a minimum.

"We expect that to be a small fraction of what the actual number will be," said Fenton. He thinks his company will be able to produce enough ink for about 10 billion masks by next year.

Trebor will also be rolling out a three-ply surgical mask with ZEN's viricidal protection.

But there could be even more manufacturers in the mix.

Since their Sept. 22 release of their test results, Fenton said they've fielded calls from more than 30 companies in Australia, South Africa, South Korea, Denmark, and the U.S.

Graphene is being called a microscopic, multi-faceted wonder material because of its flexibility, strength and ability to conduct heat.

ZEN had been working with the University of Guelph to develop a proprietary process to convert Albany ore into top-quality graphene oxide for applications in the fields of transportation, aerospace, bio-medical, civil engineering and water treatment.

The graphene product ZEN makes at its Guelph R & D shop is a carbon nanomaterial that can be used as an additive in auto parts, industrial coatings, lubricants, lithium-ion batteries, high-strength concrete, water desalination and purification membranes.

For this particular bio-medical solution, ZEN produced a combined graphene and silver nanoparticle-infused oxide ink that had been documented by researchers to kill earlier versions of the coronavirus.

Considering that global usage of disposal masks is 129 billion per month, Fenton said their coating solution for recyclable masks represents a huge savings for health-care providers and less landfill waste.

As Trebor ramps up for full production come January in Collingwood, ZEN is doing the same.

The company has doubled the size of its Guelph research facility to 4,000 square feet, while further leasing a 26,000-square-foot building 10 minutes away that will serve as a commercial production hub for 2021.

Fenton is reluctant to comment on their production output beyond their Nov. 9 news release due to the legalities of their reporting requirements as a mining company.

How things will eventually shake out for the company's Albany deposit in northeastern Ontario remains to be seen.

The property located just off Highway 11 has been called a high-purity graphite "freak of nature."

"What this has done has given us a wonderful precursor material for the production of graphene," said Fenton.

The former management at ZEN -- then-known as Zenyatta Ventures -- released a preliminary economic assessment (PEA) in 2015, estimating an open-pit life of 22 years with the potential to produce 30,000 tonnes of graphite annually.

Fenton said they have six tonnes of material on hand, extracted from a 110-tonne bulk sample taken in the winter of 2019. Their provincial permit allows them to harvest another 900 tonnes of ore. Beyond that they would have to get additional permission or get a mine permit and actually start mining.

When it comes to manufacturing graphene, it doesn't take much graphite.

"To put things in perspective," said Fenton, "one gram of graphene can cover half a football field. It's incredibly thin, so the quantities of graphene that you actually need to be effective are just a fraction of graphite."

He said the mine plan will probably be dramatically altered from what was originally anticipated.

Commercial production would probably be in the low thousands of tonnes with the ability to scale up if the nascent global graphene market were to really take off.

In preparing for mining operations, ZEN began the environmental assessment process more than a year ago, but activity was put on hold earlier this year due to pandemic-related travel restrictions. They plan to restart the process in 2021.

Fenton said the company is about a year away from having the environmental assessment complete before taking another year to do the mine permitting work.

There was some internal company debate whether to update the PEA, but given that graphene market remains in its early stages, trying to place an exact value on their material in order to do an economic study is a difficult chore.

"It's probably easier to us to go and start pulling out tonnes and selling tonnes into market, establishing that price point, and being able to say, here's what the deposit is worth," said Fenton. "It's a bit of a chicken and egg for us.

"If we start selling our ink, the ability to see where our ink's selling in the market and how much we're selling it for, we can work backward into that. At that point I'm not sure we'll ever need a PEA.

"Because we're generating significant cash flow from this product, we can probably fund it and move right to production."

Fenton said this close-to-commercial agreement with Trebor won't put their other potential graphene-based business lines on the backburner. He expects the company to release a substantial amount of news flow over the next six months.

"It is a great place to be right now."