A recently published study on the Northern Ontario mining supply and service sector confirms that it is a key engine of growth and a strategic asset with unrealized potential for the regional economy.
Sudbury Mining Solutions Journal Aug 31, 2010 8:00 PM 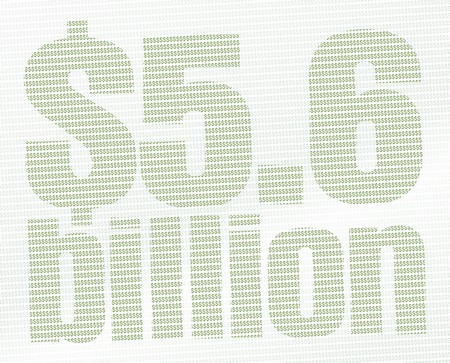 A recently published study on the Northern Ontario mining supply and service sector confirms that it is a key engine of growth and a strategic asset with unrealized potential for the regional economy.The Northern Ontario Mining Supply and Services Study, commissioned by the Ontario North Economic Development Corporation (ONE-DC) and carried out by Ottawa-based Doyletech Corp., estimated the total value of the sector's output at $5.6 billion annually.

"The study firmly establishes the credibility and value of the mining supply and service industry in Northern Ontario by a third party," said Dick DeStefano, executive director of the Sudbury Area Mining Supply and Service Association (SAMSSA). "Prior to the study, we had been using numbers we extrapolated from various sources, so this finally puts us where we thought we were and confirms that we're one of the largest wealth creators in Northern Ontario."

Funded by the Ontario Ministry of Northern Development, Mines and Forestry and by FedNor, the federal government's economic development agency for Northern Ontario, the study identified approximately 500 companies and organizations with 23,000 employees that derive more than 50 per cent of their revenue from the sale of mining supplies and services. Counting companies that derive less than 50 per cent of their revenues from mining supplies and services boosts the value of the sector to close to $7 billion, said DeStefano.

The City of Greater Sudbury emerged as the undisputed core of the cluster, accounting for more than 70 per cent of its output ($3.94 billion) and 60 per cent of its workforce (13,800 employees). The study also confirmed the importance of North Bay and Timmins, which together account for just shy of $1.5 billion in output and close to 7,000 employees.

Thunder Bay, an emerging player in the sector with potential to take advantage of billions of dollars worth of new mine development in the Ring of Fire region of Northern Ontario, accounts for $350 million in output and boasts a workforce of 1,610.

The study reveals a sector with a high level of capabilities in mining engineering and mine management; mining equipment manufacturing; wheeled, flanged and tracked vehicle customization; repair and rebuild; and in consulting, research, training and financing.

"We have always known that the mining supply and service sector is an extraordinarily important part of the mining industry in terms of economic output and employment, but it was encouraging to see just how big it is," said Michael Gravelle, Ontario Minister of Northern Development, Mines and Forestry. "When I first saw the report, I immediately got into a conversation with my chief of staff and said I wanted to look at how we can play a greater role in helping the sector to move forward.

"We already have the Go North program...but I think what we need to do is to talk about a focus specifically on the mining supply and service sector."

The study found that 19 per cent of the value of the sector's products and services are exported out of Canada. Northern Ontario accounts for 62 per cent of sales, the rest of Ontario accounts for seven per cent and other Canadian markets account for 12 per cent of the cluster's output.
Nineteen per cent - representing more than $1 billion in sales - doesn't surprise Marc Boudreau, president of Bestech, a Sudbury-based automation and engineering company and the current president of SAMSSA.

Over time, exports could account for 50 to 60 per cent of the cluster's output, provided it gets the support it needs, said Boudreau.
The Doyletech study, which was based on data collected from interviews with 150 companies across Northern Ontario, found market diversification to be the favoured strategy for growth.

Canadian and Northern Ontario markets will still be important, but the most important potential export market is South America, according to mining suppliers. Among the most promising jurisdictions mentioned by respondents were Chile, Peru, Brazil, Mexico and Central America.
"The bottom line is that exporting outside Northern Ontario is going to be an accelerating priority for the sector in the years to come," concluded the report.

But it won't be a cakewalk. The barriers to continued export growth include insufficient market intelligence and promotion, lack of scale, language and restrictive trade practices. Significantly, however, only four per cent of respondents felt they were not competitive on quality and only eight per cent felt that their products and services did not lend themselves to exporting.

Rick Clayton, the principal author of the study, said he was impressed by the "strong sense of entrepreneurship" that was evident during the interviews he conducted. "The firms and their owners were intensely proud of what they have achieved."

Clayton, an economist specializing in international development, said he was impressed with the sector's exporting capability, but added "it's not happening as much as it could.

"I heard some interesting anecdotes from some of the suppliers who had tried exporting and discovered it was very, very complicated, especially in emerging and developing markets where the way of doing business is totally different from what we're used to."
The study makes a number of key recommendations:

Of the four recommendations, the one with the greatest immediate potential, according to both DeStefano and Boudreau, is the establishment of consortia.

"The objective," said the study's authors, "would be to overcome the barrier of scale and to mobilize fast responses to global opportunities.

"The benefit," it went on to say, "would include a unique selling proposition, superior products and services and increased internal value add..."

"The consortium approach makes a lot of sense," said Boudreau. "We're actually doing that now with our NRG1-ECO project at (Vale's) Coleman Mine and (Xstrata Nickel's) Fraser Mine. We have about 10 companies participating. It's a model that works really well and one we need to think more about and develop so it's a win-win for everyone."

The approach is not without its challenges, he added. "You have to give a little to get something back and not everyone is willing to give a little, but it makes it a lot easier to access the global marketplace if we show up as a consortium rather than as a company with a handful of employees lacking in global exposure."

SAMSSA has been facilitating discussions about the consortium approach among its members for several months and sees merit in the idea as a means of delivering complete solutions, rather than fragmented pieces of solutions, said DeStefano.

The study found the mining supply and service sector to be both resilient and optimistic. While almost half of all companies participating in the study had to reduce their workforce as a result of the 2008-2009 recession and the subsequent one-year strike at Vale's nickel operations in the Sudbury Basin, 83 per cent predict significant revenue increases over the next three years.

DeStefano is also optimistic now that there is confirmation of the sector's contribution to the economy.

"It's now up to us, together with the support of the three levels of government, to develop the programs and strategies that will bring our collective expertise to the global stage."