SAMSSA plans for the future with dynamic new website 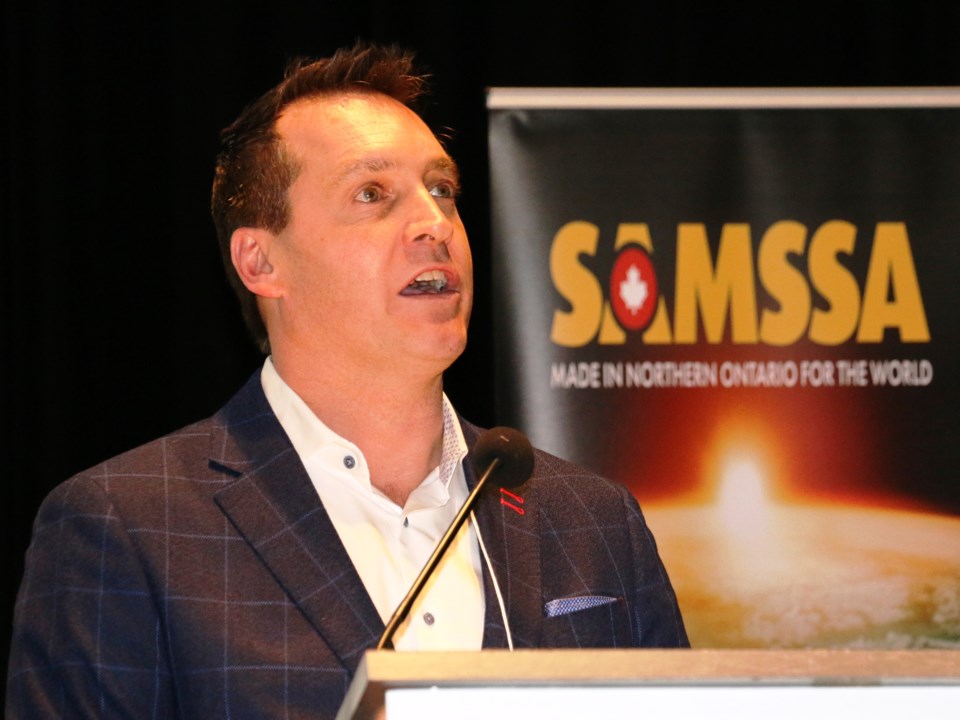 SAMSSA, the Sudbury-based organization that represents the mining supply and service sector, is looking to expand its membership in Northern Ontario and expand its marketing beyond the North thanks to the creation of a new website, www.samssa.ca which was created with financial support from FedNor.

It was a key topic at the annual general meeting of the Sudbury Area Mining Supply and Service Association where new president Ricky Lemieux said SAMSSA was launching a campaign in the new year to boost marketing and membership, not only in the North, but around the world.

“Our new website will form the cornerstone of the campaign where we will promote it as the most innovative mining cluster in the world. We are committed to building a united voice in Northern Ontario and using that voice to advocate and draw attention to the fact that our mining and service sector is responsible for being a major economic driver in the province,” said Lemieux.

Paul Bradette, the business development director for SAMSSA, told the meeting that the new web presence will provide a one-stop shopping tool for domestic mining companies as well as for global companies seeking to source their mining supplies and services in Canada.

The website describes SAMSSA as “the trusted voice of mining supply and services.”

He said the idea was to create a website where the end user can navigate more easily. One of the features of the website is that while it searches out and describes the role of various mine suppliers and service providers, it also connects the user with the individual website on each business.

“As we move forward this is going to be the key piece of what we’re trying to do,” said Bradette.

“We’ve taken a very complex industry, which is the mining industry, and we’ve pieced it together in 12 different categories. “

Bradette said SAMSSA has always looked at having a regional based membership in cities such as Sudbury and Timmins.

“So our first focus for the new campaign we will be launching in the new year is we are going to focus initially on the 38 operating mines. Let’s figure out what’s in our back yard. Let’s exploit those things and those pieces where it’s able to help all the companies that we have, large and or small,” said Bradette.

“From that point forward we want to go after the 25 advanced mineral projects. You know most of them right now are spending money. They might be doing bulk sampling, they might have sunk a shaft, but you know they’re still spending money. More importantly they will be the mines of the future for Ontario. Not all will pan out, but many of them will, so it is important for SAMSSA to get our brand and our suppliers in front of them for future use,” Bradette continued.

He added that the new website has also been translated into French to make it easier for SAMSSA to break into the Quebec market.

“So if we’re serious about that market, let’s be polished enough to be able walk in there and we’ve taken time and attention to do that translation for all of your profiles, moving forward.”

He said moving into the Quebec market would be just the beginning.

“You can kind of see where this is going to go. I mean obviously Manitoba, Minnesota those would be all markets of interest as we move forward and this would be the platform for some of that lead generation,” said Bradette.

He said the new website would become a key tool for economic development officers meeting with offshore mining companies in places such as Central America or South America.

“This is an easy handoff for them so when they’re meeting with a company that is looking to source supplies out of Canada, isn’t this the best little piece? We can transfer this off to them. It is good collateral marketing and it something we believe will work moving forward,” said Bradette.