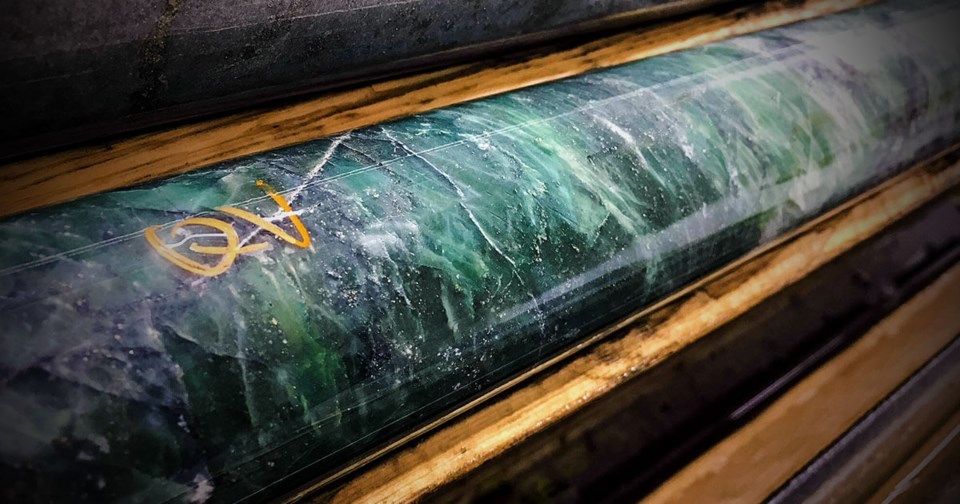 Osisko reports a recent drill hole on its Windfall property was the longest in Canada. (PHOTO: Osiskomining.com)

The hole was planned as a 3,000 to 3,500 foot exploration drill hole, designed to target known gold zones in the Windfall deposit and to investigate the projected source of Windfall at depth, said the company.

The final length of Discovery-1 was 3467 metres, becoming the longest diamond drill hole in Canada, and achieving a vertical depth of 2700 metres from surface, said the company. The drilling was carried out by Major Drilling Group International, a Canadian company with worldwide contracts.

Among some of the results were intersection of 96 metres at 1.05 grams per tonne (GPT), two metres at 10.7 gpt and four metres of 5.25 gpt, said the company release.

“Discovery-1 is a great success and achievement. We are very proud of our Osisko team and Major Drilling for their tremendous work completing this hole. Successes include the discovery of the Underdog and Triple 8 extensions, the wide intercepts of anomalous gold values similar to those observed in the Lynx system, and now these new high value gold intercepts at depth. These results of the Discovery-1 hole show that the Windfall system is extensive with substantial room for potential growth.”