Aquila Resources said it has received all State and Federal permissions required for the construction and commencement of operations at the Back Forty Project.
Nov 28, 2019 12:37 PM By: Sudbury Mining Solutions Journal 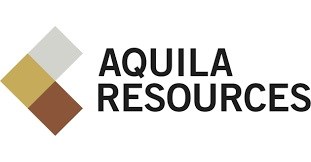 Aquila Resources Inc., (TSX: AQA) a Toronto-based junior miner has won a legal battle allowing it the right to have a mining permit for the Back Forty project in Michigan’s Upper Peninsula. The ruling shuts down an appeal from an Indigenous group identified at the Menominee Indian Tribe of Wisconsin. Aquila revealed in a news release that the Michigan Department of Environment, Great Lakes, and Energy (EGLE) has upheld a previous order by an Administrative Law Judge in support of the mining permit. The judge’s ruling original ruling was made in May 2019, but was appealed by the Menominee Tribe.

In its unanimous decision, a three-person Panel adopted the Judge's May 3, 2019 decision, which found "that the proposed mining operation will not pollute, impair, or destroy the air, water and other natural resources, or the public trust in those resources," in compliance with Michigan's Nonferrous Metallic Mining Statute, said the news release.

The company also said the latest ruling represents the final step in the legal challenge and represents EGLE’s final decision.

“Michigan's environmental standards for mining are among the strictest in the world, and we look forward to continuing to demonstrate our commitment to environmental responsibility and sustainable resource development that benefits all stakeholders. The Back Forty Mine will be a safe, disciplined operation that promotes and supports local community socio-economic development and is protective of the environment,” said Barry Hildred, Aquino’s President & CEO.

Victor Mine decommissioning contract handed to Golder
Mar 5, 2021 11:00 AM