Romano revealed that mining exploration in 2018 in Ontario amounted to more than half a billion dollars in spending.
0
Jul 22, 2019 4:59 PM By: Len Gillis 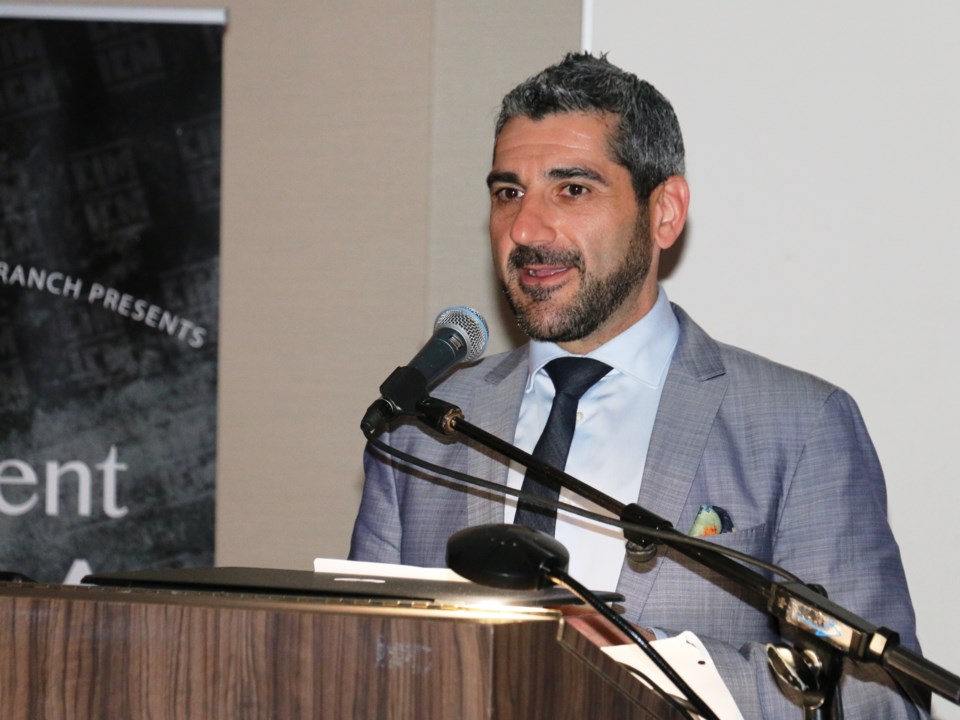 The Ontario government is committed to strengthening the mining industry because it continues to attract jobs and investment to the province. The spending on mining exploration alone is more than half a billion dollars

Sault Ste Marie MPP Ross Romano spoke about that in Timmins in June, where he said Ontario is still the key mineral producing province in Canada and the search for new minerals and new mines continues across the North.

Romano was a guest speaker at the Big Event Canadian Mining Expo, an annual trade show that attracted more than 400 exhibitors from across Canada, the U.S. and Europe.

Along with being the Progressive Conservative MPP in the Sault, Romano is also Ontario Minister of Training, Colleges and Universities.

“This expo is bringing together representatives from the exploration and development sector, supply and services companies, the Indigenous community and other government jurisdictions to discuss Ontario's mineral discoveries and exploration potential,” he told delegates and mining executives.

He said the junior mining sector and their exploration discoveries are the backbone of the industry especially because they are providing growth and jobs.

“This is a vital, vital source of jobs in our province. We are very proud of the work of Ontario prospectors and junior mining companies which are supported by a robust network of supply and service companies in Ontario,” said Romano.

“You provide a strong foundation for our mining industry today. Your hard work, your commitment to excellence are what drive new discoveries and attract investments into our mineral and mining sectors,” he added.

To pack some punch into his statements, Romano provided some startling figures.

“Our mining industry in Ontario creates 26,000 direct jobs and and 50,000 indirect jobs. It is the third largest private sector employer of Indigenous people in the province,” he added.

“That's why I am encouraged by the mining success stories we have so far this year,” he said.

He mentioned he was in Timmins as recently as February for the official opening of the new shaft expansion project at the Tahoe Resources Canada Bell Creek Mine, done at a cost of more than $80 million, which he described as an impressive and exciting project.

A month earlier there was the opening of Harte Gold's Sugar-Zone property near White River, which is the newest operating gold mine in Ontario. Romano said one of the significant aspects of the Harte project is that it is providing a large number of jobs for Indigenous persons.

He also mentioned the Hardrock Project underway near Geraldton, which has had its provincial environmental assessment approved this year. He said it means that project is one step closer to becoming another commercial gold mine in Ontario.

“And once constructed that is a project that can run for fourteen and a half years and produce 4.2 million ounces of gold,” he said.

Romano also spoke of the recently established special mining working group, where the government focus is on reducing red tape, while trying to attract new and major investments to Ontario. He said the working group brings industry and government representatives together along with representatives from Indigenous communities and the mining exploration sector.

“With their help we will encourage and boost mining investments in Ontario.”

GFG Resources drilling near Timmins
Feb 20, 2020 1:44 PM
Comments
We welcome your feedback and encourage you to share your thoughts on this story. We ask that you be respectful of others and their points of view, refrain from personal attacks and stay on topic. To learn about our commenting policies and how we moderate, please read our Community Guidelines.