A group of dissident shareholders of Zenyatta Ventures took control of the company at a special meeting in Toronto May 11th, turfing four of the six directors, including president Aubrey Eveleigh and executive chairman Keith Morrison.
0
Apr 24, 2018 11:23 AM By: Sudbury Mining Solutions Journal 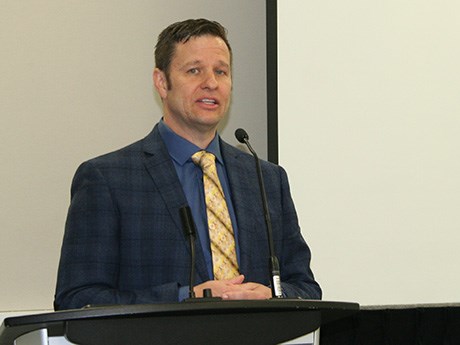 A group of dissident shareholders of Zenyatta Ventures took control of the company at a special meeting in Toronto May 11th, turfing four of the six directors, including president Aubrey Eveleigh and executive chairman Keith Morrison. Francis Dubé, Brian Bosse and Eric Wallman were elected to replace them.

“For a group of dissident shareholders to band together and unseat extremely entrenched incumbents is rare to say the least,” commented one shareholder at the meeting. “We accomplished this with a broad group of shareholders across Canada and from around the world who are well informed, extremely passionate and tired of seeing their stock deteriorate. They know the fundamentals are strong and they voted for change.”

Remaining on the board are Brent Richards and Brian Davies.

Shareholders see Zenyatta Ventures as a potentially lucrative nanotechnology play because of the purity of the Albany material and the fact that it has been found to exfoliate into graphene more easily than most graphite. A thin flake of carbon just one atom thick, graphene is unique because of its strength and ability to conduct heat. It can be infused in concrete, plastic, aluminum, resins and rubber to make them stronger, lighter, and both thermally and electrically conductive.

In two consecutive years – 2012 and 2013 – Zenyatta received the award for the top performing mining company on the TSX Venture Exchange, but it has been all downhill since then. The company’s share price hit a high of $4.87 in July 2013 and traded in a range of 30 to 40 cents through April and the first week of May. By May 15th – days after the special meeting – it recovered somewhat, closing at 57 cents.

Dissident shareholders met with members of the Constance Lake First Nation prior to the meeting and are confident that they have their support.

“First Nations can scare investors. They can be the Achilles heel of a project,” said Dubé, “but I don’t feel like that at all. I think they’re going to be a very big strength for us to move forward. They have a lot of energy. They want this project to move forward and they’ve been disappointed with the pace of development these last few years.”

The first order of business for the new board will be to put at least a half million dollars into the company to take it off life support, Dubé told shareholders at the close of the meeting. The second priority will be to rebuild trust and look at a bigger raise down the road.

“If we do it at 30 or 40 cents, we’re going to kill our positions as shareholders, so we need to work together to raise our share price, raise the confidence in the company and bring in some new shareholders.”

“We’re going to bring the same energy and dedication to moving this company forward as we did to win this proxy battle,” said Dubé.

The new board is also looking for a new CEO following Aubrey Eveleigh’s resignation April 17th.