Financing a challenge due to competing investment opportunities Despite early optimism for 2018, the year turned out to be one of the toughest for exploration in Northern Ontario, especially for junior miners, said Garry Clark, executive director of
0
Mar 4, 2019 2:53 PM By: Sudbury Mining Solutions Journal 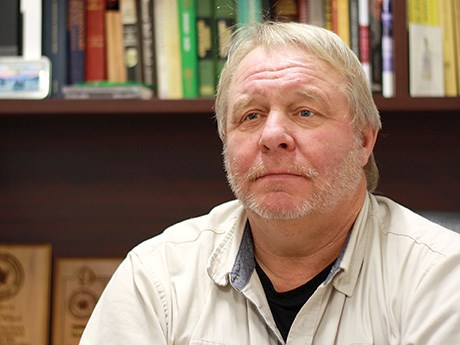 Financing a challenge due to competing investment opportunities

Despite early optimism for 2018, the year turned out to be one of the toughest for exploration in Northern Ontario, especially for junior miners, said Garry Clark, executive director of the Ontario Prospectors Association. Financing was tough due to competing investment opportunities.

The competition was “Bitcoin, Blockchain, and marijuana,” Clark said. “People look at where the best return is. The marijuana business was making people fortunes. It made it hard for us because we’re competing for risk capital.

Issues around insufficient consultation with Indigenous communities were also a problem. In July, the Ontario Supreme Court effectively blocked Barrick Gold Corporation’s gold exploration on Eabametoong First Nation traditional lands. At the time, Clark told other media sources that one of the difficulties for smaller companies is the cost of consultation with fly-in First Nations, which can be prohibitive, and that the consultation process as a whole in Ontario could use revamping.

“You want to put faces to names. I think our industry is really good at it, but it does cost a lot of money,” Clark said. First Nations that are closer to the highway are easier to engage.

Clark said that there were some good signs in the overall mining picture. These include Harte Gold going into production, the Great Bear discovery at Red Lake, and the recent approvals for the Hardrock project in Greenstone.

Hardrock has been a success from a consultation perspective as well. All of the Indigenous communities in the area have shown support for the project, he said.

Clark said that the Junior Exploration Assistance Program (JEAP), which ended earlier this year, was also a success. The Great Bear project was one of the companies that benefited.

“It’s a really good story with Great Bear because they used some of the money that was funded from JEAP on top of their own money. At the time, they had a very low stock price, but after the discovery they were able to raise about $14 million,” he said.

Clark said that the OPA will be approaching the government to negotiate new funding for the program.

One of the biggest changes affecting the industry in 2018 was the shift to electronic claim staking. Clark said that the online-based software, which was designed by Pacific GeoTech Systems based on the ArcGIS system, generally works well though there are some usability issues. For example, zooming in and out can result in a clutter of data points. The system allows you to turn certain information such as historical data and the provincial grid on or off to reduce the clutter, but that adds to the steps needed to conduct research.

“It’s harder to do research than it used to be if you only use this as your base.”

Clark, who owns an exploration consulting company, said that one of the ways around usability issues is to import the data into standalone mapping software.

“In two years it will be a lot smoother. It needs some solid tweaking, but they’re listening to our (feedback).”

There have also been issues with unrenewed claims automatically transferring to new owners. This is due to the way the provincial grid works. The new single-unit claims grid cuts across previously established claims, in many cases encompassing parts of two or more claims with different owners. In the case of two-owner cells, should one party fail to renew a claim, the other party automatically receives that claim to own the whole cell. The situation is more complicated in multi-party claims where one section can go into limbo until there is one owner remaining in the cell, or until the claim is transferred through sale or some other means.

Clark is optimistic about 2019. “We’re hoping that market-wise, things pick up a bit,” he said. Clark cited as indicators a new headframe for Kirkland Lake Gold’s Macassa Mine that will go down 7,000 feet, North American Palladium coming out of the shadow of bankruptcy and increasing throughput, and the rise in price of industrial metals such as lithium and cobalt, which are used in batteries.