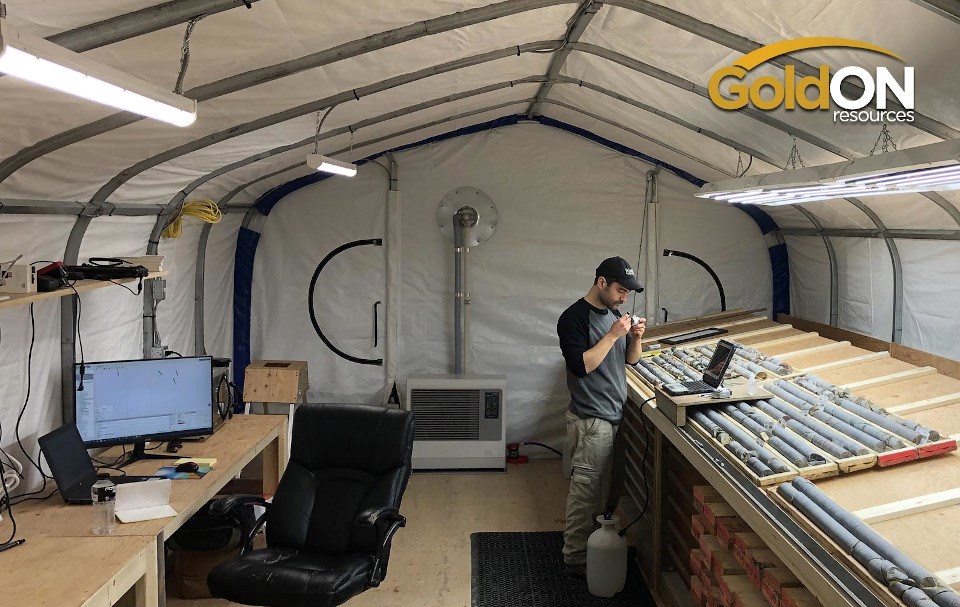 The Red Lake district continues to be a hotbed of gold exploration activity with fall drilling programs underway by junior miners.

Treasury Metals has started the first phase of large drilling at its newly acquired Goldlund Gold Project, east of Dryden.

In a Nov. 23 news release, the company said about 8,000 metres of its 10,000-metre winter program is earmarked for infill drilling at the Goldlund deposit. The objective is to upgrade the inferred resource estimate to the indicated category.

The Toronto mine developer will be releasing a preliminary economic assessment for a proposed series of mines early next year on the entire 330-square-kilometres of the combined Goliath and Goldlund project.

A second drill rig arrives in the new year to expedite the infill program before being transitioned over to expansion drilling of its existing deposit at Goldlund to the northeast and southwest.

GoldON Resources announced it's started a second phase of drilling at its West Madsen Gold Project, southwest of Red Lake.

One particular area of focus is a spot that borders with Pure Gold's Red Lake mine development property. That company is expected to pour its first gold bar by December.

West Madsen covers over 4,700 hectares and consists of two claim blocks, A and B. The property package was put together through option agreements with Great Bear Resources and Bounty Gold.

It is one of four gold properties GoldON holds in Red Lake, along with another exploration play in the Slate Falls area between Red Lake and Pickle Lake.

Metals Creek Resources has kicked off a 2,500-metre drilling program beside and below a former gold mine in the Pickle Lake area.

The Toronto explorer wants to test some mineralized zones immediately south of the former Dona Lake Mine and at the lowest level of the mine.

Metals Creek optioned the 1,063-hectare project from Newmont in 2019. It sits on the Pickle Lake Greenstone Belt and is home to some historic operations, including the Dona Lake Mine, the Central Patricia Mine and the Pickle Crow Mine.

During compilation work by the exploration team, it was determined that the deepest hole found to date was drilled 100 metres below the mine workings at the 455-metre level. One hole yielded a result of 4.36 grams per tonne of gold over 21.08 metres.

Besides working in Pickle Lake, Metal Creeks has a 50 per cent share with Newmont in the Ogden gold property, six kilometres south of Timmins, a property that features the former Naybob Gold Mine.

Trillium Gold is enlarging its holdings by signing an acquisition agreement with Pistol Bay Mining to pick up a nearly 15,000-hectare parcel of land, known as the Confederation Lake Properties in the Red Lake district.

The Vancouver gold hunter said it's intent on becoming a major player in the camp. The company has four other exploration properties around Red Lake and one over in the Shining Tree area, south of Timmins.

Trillum has jumped on the Great Bear Resources' bandwagon in pursuing gold mineralizaton within felsic volcanic rock in the district.

The company explained this rock type had largely been ignored since it wasn't known as the typical host rock found in the mining camp. But it's contributed to a "new understanding" of the geological structure around Red Lake that's generated considerable interest from companies.

Great Bear Resources, the trendsetting outfit in the area, has had considerable success in this environment with its Dixie Project and the LP Gold One.

"We believe the Confederation Lake Properties we have acquired have similar geological and structural characteristics as at Great Bear's LP Zone," Trillium said in a release.

"The possibility for these newly acquired claims to have the potential of hosting economic mineralization is exciting for the company," added company CEO Russell Starr in a statement.

"These properties, in the Confederation greenstone belt, have similar geology to Great Bear's Dixie project. The prospect of potentially finding another Dixie in this land package is tremendously exciting for Trillium Gold's shareholders."