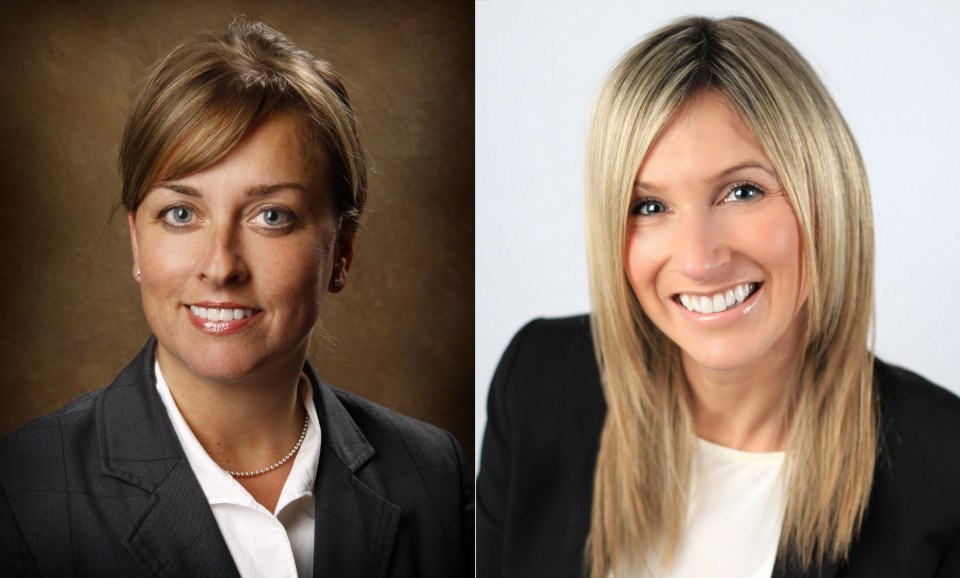 Jody Kuzenko (left), president-CEO of Torex Gold Resources, and Alicia Woods, founder and president at Covergalls, have been included in the 100 Global Inspirational Women in Mining. (Supplied images)

A pair of mining executives from Sudbury has been included in the 2020 edition of the book 100 Global Inspirational Women in Mining.

Alicia Woods, founder and president of Covergalls, and Jody Kuzenko, president and CEO of Torex Gold Resources, have been recognized among 100 women from around the globe whose contributions are working toward a “stronger, safer and more sustainable mining industry.”

“Having visible role models is critical if we are going to attract and retain more women to help solve the challenges of global development and the responsible supply of resources for future generations,” said Carole Cable, chair of Women in Mining UK, in a Nov. 19 news release.

Covergalls’ Woods launched her company in 2014, after being frustrated with the lack of properly fitting industrial attire available for women.

Her coverall is designed to fit a women’s body and includes features such as snaps at the wrists, an adjustable Velcro waist, and secured pockets, along with a rear opening to make using the bathroom easier. She's also a vocal proponent of attracting more girls and women to STEM careers.

“Creating workwear that is safer and made for the unique shape and needs of a woman proves that there is a space for women within the mining industry,” Woods says in the book. “It shows women that there is an inclusive space with proper representation, tools, and policies.”

Kuzenko began her career in mining in 2004 as Vale’s chief legal advisor, and moved into the operations side of the business five years later.

She has worked in roles in strategy, safety, health and environment, energy and utilities, and community, labour and government relations. Kuzenko is also a founding advisory board member of the Centre for Research in Occupational Safety and Health (CROSH) at Laurentian University.

“Solutions to gender equality don’t lie in making it easier for less capable women to ascend to leadership positions,” she says in the book. “On the contrary, we should make it harder, much harder, for less capable men to get those jobs.”

The WIM 2020 book, released biennially, is an initiative of the UK chapter of Women in Mining, a volunteer, non-profit organization dedicated to promoting the employment, retention and advancement of women in the mining sector.

Participants were selected from among 626 nominees, working for 356 companies, and hailing from 60 countries. Seven Canadians are included in the book.