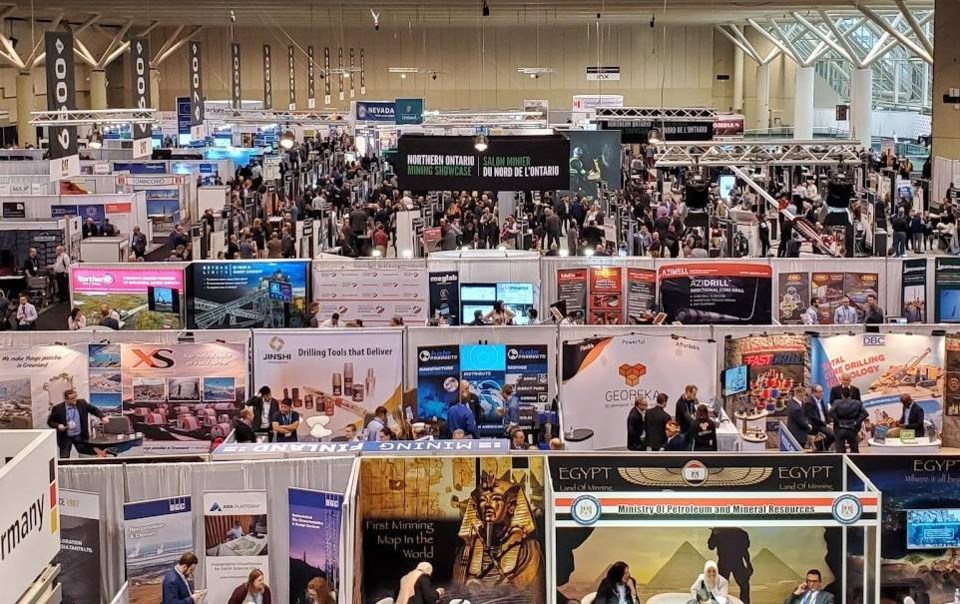 Featuring mining supply and service providers from across the North, the Northern Ontario Mining Showcase is the largest exhibit at the annual convention of the Prospectors and Developers Association of Canada.NOMS photo

The Northern Ontario Mining Showcase (NOMS) may have a smaller contingent at this year’s convention of the Prospectors and Developers Association of Canada (PDAC), but organizers are optimistic it will have a much bigger impact globally.

Slated for March 8-11, the 2021 virtual showcase will host about 65 mining supply and service companies and organizations from across Northern Ontario, which will promote their products and services online during the world’s largest mining convention.

That’s slimmed down considerably from previous years, which drew upwards of 110 participants to the showcase.

But James Franks, economic development officer with the City of Temiskaming Shores, said the altered format could actually play in their favour.

“We're somewhat confident this year that, because it’s a virtual conference, people from other parts of the world who might normally not attend this tradeshow will have the opportunity to participate virtually,” said Franks during a virtual funding announcement on Feb. 8.

“We hope that this will allow our participants great opportunities for new lead generation and potentially sales to other parts of the world.”

To sweeten the deal for participants, organizers are helping to ensure they’re ready for the virtual format – the first in the PDAC convention’s 90-year history – by updating their websites and enhancing their social media presence.

"If people are visiting them from other parts of the world, we wanted to ensure that (participants’) websites and social media programs are all up to snuff," Franks said.

“Not only is that a short-term solution, but that will help these businesses for many many years to come.”

The annual Northern Ontario Mining Showcase is once again being supported by FedNor, which announced $500,000 toward the event with the goal of helping companies access new markets, increase exports, network with potential buyers, and increase sales.

Since its inception, NOMS has helped participating businesses generate sales of nearly $80 million, while creating 690 jobs across Northern Ontario, according to FedNor.

“We have seen – and I’m sure we’re going to see – continued unprecedented growth,” he said.

“We attract businesses and country delegations from around the world who know that, if you need something with respect to mining, this pavilion is a one-stop venue for all things in mining.”

To date, 62 participants have registered for the Northern Ontario Mining Showcase, which means there are still a few spots left for mining supply and service providers who are interested in participating, Franks said.

More information is available at www.northernontariomining.com.