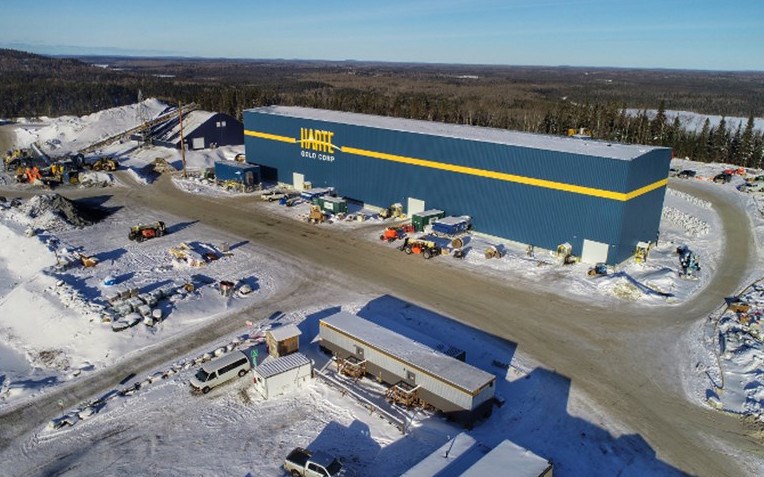 Harte Gold has discovered an “entirely new high-grade gold zone” southeast of its Sugar Zone Mine near White River.

Dubbed the TT8 Discovery, the Toronto miner believes it is an eastern extension of an already known greenstone belt.

Prospecting crews made the discovery in late October, 17 kilometres southeast of the mine.

The area was previously mapped by government geologists as granite and was not known to host gold.

The discovery contains the highest surface gold grades found on their 83,850-hectare property to-date, and the company believes its exploration potential is significant.

Seventeen chip samples across a 40-metre strike extent returned gold values from 11.1 grams per tonne (g/t) to 247.0 g/t. Hangingwall and footwall sediments were also sampled, returning gold values up to 2.64 g/t of gold, which suggests to the geologists that the gold zone could be wider than is currently uncovered.

Diamond drilling in the area begins in early January.

Harte's Sugar Zone Mine is 24 kilometres north of the town of White River and is 80 kilometres east of the famed Hemlo gold camp. The mine started production in late 2018.

“The TT8 Discovery will now form the primary focus of the company’s exploration plan. Our strategy is to find additional feed sources for our processing facility and this target potentially fits this goal. I am very excited and believe our exploration team has the ability to unlock significant further value from our overall property.”

“This exciting new discovery has all the attributes we have been looking for on the property.”