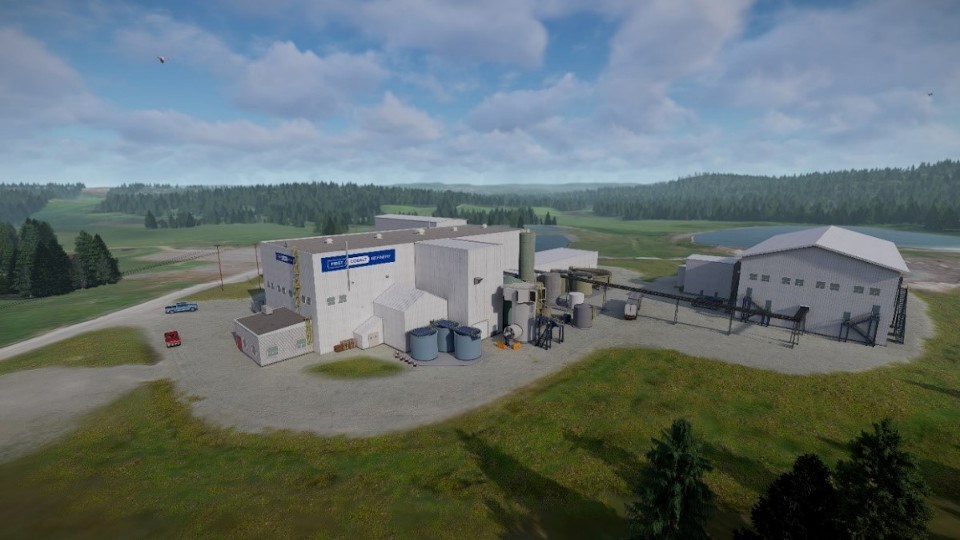 First Cobalt announced that it has begun a study of black mass material from recycled batteries to use as a supplemental feed for its refinery expansion project near the town of Cobalt.

While the Toronto company is gearing up for construction this year to expand the refinery to boost production capacity, it's also in discussions with several producers of black mass, according to a Feb. 17 news release.

End-of-life lithium-ion batteries and the battery cells are typically subject to a mechanical process involving crushing, sorting and sieving to produce a powder substance referred to as “black mass.” Black mass contains a variety of valuable metals including cobalt, nickel, copper, lithium, manganese, aluminum and graphite.

Outside China, the predominant means of recovering metal from black mass is through an energy-intensive pyrometallurgical process that involves calcining, roasting and smelting.

Over time, it's expected this process will be the preferred approach to recycling as electric vehicle adoption rates start to climb.

First Cobalt intends to use the former Yukon refinery, outside the town of Cobalt, as a facility that will take imported and unprocessed cobalt hydroxide to produce battery-grade cobalt sulfate used by electric vehicle makers.

First Cobalt has cobalt feed agreements in place with Glencore AG and IMA SA, a subsidiary of China Molybdenum Co., to take in mined cobalt material from the Democratic Republic of Congo.

The company is plans to do construction this year to upgrade and expand its processing capacity to 5,000 tonnes of battery-grade cobalt material. Operations start in the fourth quarter of 2022.

Once operational, the refinery will produce 5,000 tonnes of cobalt per year and this will be North America’s only producer of cobalt sulfate for the electric vehicle market.

“This initiative advances our vision of producing the world’s most sustainable cobalt while broadening the potential revenue streams to include other battery materials," said company president-CEO Trent Mell in a statement.

"Automakers are looking for a closed loop supply chain for their batteries and the proposed recycling process at the First Cobalt Refinery presents a compelling solution to move to a circular model for recycling end-of-life batteries and battery manufacturing scrap.

“Pursuing this project in tandem with the current cobalt sulfate production circuit would yield much lower capital and operating costs than a standalone greenfield recycling plant. Our hydrometallurgical process is expected to be more efficient and better for the environment than many of the established recycling processes.”