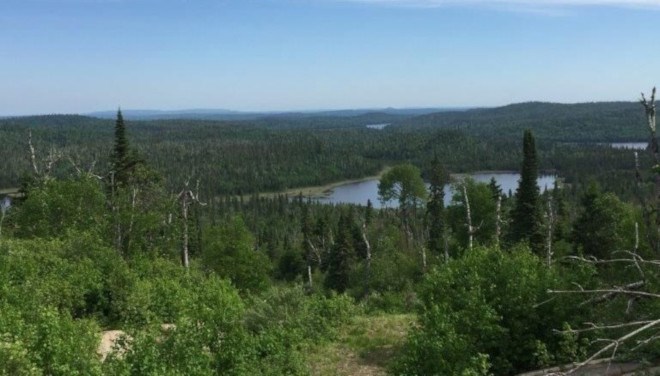 A joint review panel has been established to carry out the environmental assessment (EA) process of a once-mothballed palladium mine project near the north shore of Lake Superior.

The federal and provincial governments are re-establishing the panel - shelved for the last six years -  for the EA of Generation Mining's proposed Marathon Palladium Project, 10 kilometres north of the town of Marathon.

The EA had been placed on hold in 2014 at the request of Stillwater Canada, then the proponents of the mine project, when palladium prices tanked and the project was put on the backburner. The federal and provincial review panel was disbanded.

There will be a public commenting period and studies submitted by the mining company for review by the end of this year. In considering the comments received, the panel will determine whether there's sufficient information to proceed to a public hearing.

A Nov. 16 joint news release from Jonathan Wilkinson, the federal minister of environment and climate change and Jeff Yurek, the provincial minister of the environment, conservation and parks said the three-member panel were selected based on their knowledge and expertise related to the potential environmental effects of the mine, and are deemed to "unbiased and free from any conflict of interest" related to the project.

The three members of the panel are Debra Sikora, the chair, and Laurie Bruce and Gay Drescher. Their biographies are here.

Wilkinson was Ontario's environment minister when the first-ever federal-provincial panel was established in 2011.

This time, both levels of government said they will be making changes to the previous joint panel agreement and to the terms of reference for how this process will proceed, the intent being to avoid reduce procedural duplication and to respect each other's jurisdictional responsibilities.

Generation Mining acquired a 51 per cent interest in the 22,000-hectare property from Sibanye-Stillwater in 2019 and is working on a feasibility study, which is a detailed economic study to assess whether a deposit can be mined profitably. That study is due out early next year.

A preliminary economic assessment, posted by the company last January, predicted a 14-year mine life based on a measured and indicated resource estimate of more than 8.6 million palladium-equivalent ounces within three deposits. Those numbers are likely to increase with the feasibility study.

Dubreuilville mine builder discovers new gold zones in advance of mine construction
Nov 26, 2020 10:30 AM

Annual mining convention scheduled for March 8-11, 2021
Nov 20, 2020 3:00 PM
Comments
We welcome your feedback and encourage you to share your thoughts. We ask that you be respectful of others and their points of view, refrain from personal attacks and stay on topic. To learn about our commenting policies and how we moderate, please read our Community Guidelines.

Rare earth riches in the mine waste pile
0

Barrick ventures out into the Hemlo gold camp
0